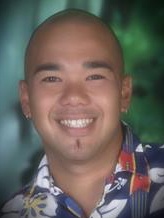 Longtime radio personality Kawika “KawikaVeeka” Duey takes on a dual duty as the station’s Program Director and morning man.Â  As the veteran voice of the station, KawikaVeeka builds upon his 10 years of experience in the local radio industry.Â  His most recent work was as Music Director and Afternoon Drive Air Personality on sister station DaJam 98.3 FM.Â  Before that, KawikaVeeka worked in Production and served many years as the afternoon voice on KPOA 93.5 FM (also owned by Pacific Radio Group).Â  His creative energy, shi-shi shiver humor, love for Maui, and quick wit are a perfect way to start the day (M-F 6-10 a.m.).

Joining Kawika is Shawna “Miss Loke” De La Nux who takes on the Mid-Day Drive from 10-3 p.m.Â  Loke’s public persona is complemented by her stage work as a cast member of the theatre group Ulalena in Lahiana, Maui.

Holding down the afternoons is Derick Sebastian, a Maui native from humble beginnings, who has matured musically beyond his 27 years.Â  An accomplished musician, singer, songwriter and established ukulele player, Derick is excited about his expanded role in the radio and broadcast industry.Â  In addition to duties as a full-time music artist, husband and father of two, Derick also finds strength in his spiritual devotion.Â  Take a moment to enjoy Derick Sebastian’s “Pau Hana Drive” on the weekdays from 3-7 p.m.

Adding to his repertoire of County Fireman and Maui musician, Jerry “Pito” Javier takes on an additional role of Native 92.5 FM Weekend Warrior.Â  Known in island music circles as the lead singer of “Pito Javier & Rhythm’s Gate,” Pito builds on his familiarity with the radio industry from the musician’s perspective on Saturday’s and Sunday’s from 9 a.m. to 2 p.m.

Also featured on the weekends is another fine Maui talent, Tony “Tony P” Pang.Â  Tony P. is a dancer for The Royal Lahaina Luau show and is also part of a collection of talented mixed marital arts fighters from the Valley Isle.Â  Tune in to Tony P. weekend afternoons from 2-7 p.m. 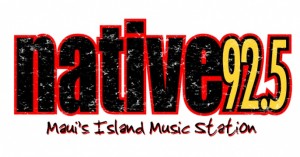 ABOUT NATIVE 92.5 FM:Â  Native 92.5 FM is Pacific Radio Group’s newest Maui station.Â  Ekolu, Fiji, Bob Marley, Natural Vibes and Kohomua, are just a few of the many talented musicians that are featured on the Island CHR (Contemporary Hit Radio) play list.Â  The station draws on the positive energy, interaction with its listeners and current elements that are reflective of our Island lifestyle.Â  From Hawaii’s island music to World reggae, Native 92.5 is a melting pot for local talent featuring the latest happenings in the island music scene.Â  Native 92.5 also expands Pacific Radio Group’s reach to those who take pride in the home-grown talent of Hawaii.Â  Native 92.5, Maui’s Island Music Station, replaces Pacific Radio Group’s former X-92.5 modern rock station.Â  The switch went into effect at on Friday May 1, 2009.

KIHEI SITE OF 3RD WASTEWATER OVERFLOW IN LESS THAN WEEK