The Maui Arts & Cultural Center today confirmed a date for the upcoming John Legend concert.Â  The five-time platinum album selling Legend will perform on Maui at the Castle Theater on September 10, 2009 at 7:30 p.m.Â  The venue has listed a six ticket limit with sales to the general public beginning this Saturday, June 6, 2009 at 10 a.m. 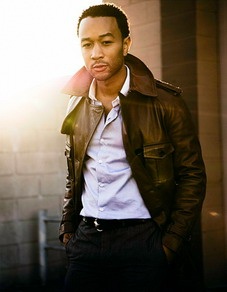 Legend is responsible for three hit albums Get Lifted, Once Again, and Evolver with award-winning songs, “Green Light,” “Ordinary People,” “Used to Love U,” “Save Room,” and “Another Again.”

The Maui Arts & Cultural center notes that the 30-year-old Legend has been labeled by music critics as “one of the most compelling and important singer/songwriters of this generation.”

Legend founded the non-profit Show Me Campaign, to fund under-developed African villages.Â  A portion of the proceeds from the Hawaii shows and the Evolver Tour will go to provide healthier living conditions for these villages, such as, mosquito nets, free meals to children attending school, and clean water sources.

Hawaii’s concerts are considered the close-out show, and will feature a showcase with a full chorus line, orchestrated live music, and a solo piano performance by John Legend himself.