A Maui teacher is free on bail this morning after her arrest on drug charges on Tuesday, February 2, 2010.

47-year-old Cheryl Bisera was charged with various drug related offenses including 3rd degree promotion of a dangerous drug, possession of drug paraphernalia and promotion of a controlled substance near a school. 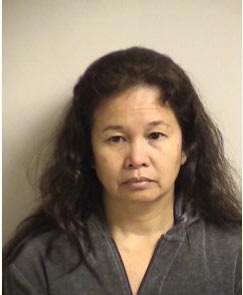 Maui police executed a search warrant on the woman’s Molokai Akau Street home at 6:40 a.m. on Tuesday as part of an ongoing investigation.  During the search, authorities say they recovered 2.9 grams of crystal methamphetamine, a glass pipe, empty drug baggies and digital scales.

Maui Police Capt. Gerald Matsunaga with the MPD Vice Division said the maximum penalty for the three charges is 5 years in jail for each count, for a maximum total term of 15 years.

Bisera was released after posting $3,000 bail.