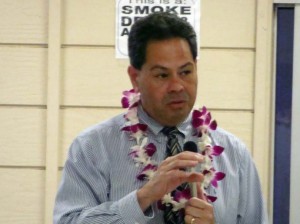 “As a means of last resort, OHA reluctantly files this petition,” said Clyde Nāmu‘o, OHA chief executive officer. “OHA has a fiduciary duty to its beneficiaries and must move forward to resolve these past due claims that are necessary to serving the best interests of Native Hawaiians.”

“The stalling of this legislation ultimately hurts the beneficiaries that OHA exists to serve,” said Nāmu‘o.

The Hawai‘i Supreme Court’s ruling in previous cases has held that “it is incumbent upon the legislature to enact legislation that gives effect to the right of Native Hawaiians to benefit from the ceded lands trust.”