Maui’s W.S. Merwin today was named Poet Laureate by the Library of Congress.  The appointment was announced today with Merwin’s duties starting this fall with the opening of the Library’s annual literary series on October 25th with a reading of his work. 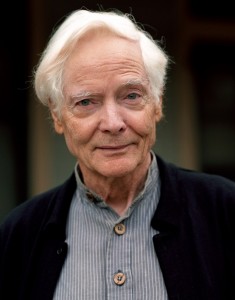 Merwin is a two time winner of the Pulitzer Prize, most recently in 2009 for “The Shadow of Sirius”, and in 1971 for “The Carrier of Ladders.”  Merwin’s collection “Migration: new and Selected Poems” was also winner of the 2005 national Book Award for poetry.

In making the announcement today, Librarian of Congress James H. Billington said, “William Merwin’s poems are often profound and, at the same time, accessible to a vast audience.  He leads us upstream from the flow of everyday things in life to half-hidden headwaters of wisdom about life itself,” said Billington.

“In his poem ‘Heartland,’ Merwin seems to suggest that a land of the heart within us might help map the heartland beyond—and that this ‘map’ might be rediscovered in something like a library, where ‘it survived beyond/ what could be known at the time/ in its archaic/ untaught language/ that brings the bees to the rosemary.’”

Born in 1927, Merwin’s writing career spans 60 years and includes numerous honors. He is the son of a Presbyterian minister and moved to Hawaii in 1976.