Maui became the final county in the state to implement a cell phone driving ban with the bill officially taking effect yesterday. The measure makes it illegal to use a mobile electronic device or telephone while driving unless it is being used with a hands-free device.

Maui’s law also prohibits the county’s most inexperienced drivers—those with an instructional permit or a provisional license—from using and mobile electronic device, even if hands-free technology is used.

The fines are up to $100 for a first offense, and up to $250 for subsequent violations. 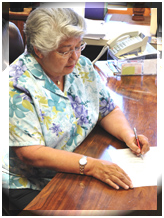 Michael J. Molina, who chaired the committee that considered the bill said that because Maui County was the last county in the state to enact this type of prohibiltion, it had the “unique opportunity to assess the effectiveness of the ordinances enacted in the other counties.”

“We’ve been able to address enforcement issues raised by the Maui Department of Police and the Department of the Prosecuting Attorney, and we included a provision to prohibit the use of hands-free devices for our young and inexperienced drivers,” said Molina.

“It’s important to note that while there are State laws that may impose higher fines or possible jail time for drivers who cause accidents while using a mobile electronic device, the Council felt strongly that it must specifically prohibit drivers from using mobile electronic devices to deal with the prolific use of cell phones,” said Molina.

The bill was introduced by council member Joseph Pontanilla, and signed into law yesterday by Maui Mayor Charmaine Tavares.

In signing the bill into law, Tavares said, “Driving without using a hand-held cell phone or electronic device may at first seem like an inconvenience; however, we are able to reduce the risk distracted drivers pose. With more drivers on our roads than ever before and motorists increasingly using unsafe practices like texting while driving – we find ourselves joining the state’s other counties in enacting this new law.  I want to thank our public for their cooperation in helping to keep our community safe,” said Tavares. 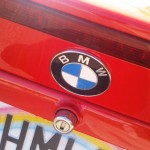