Internationally recognized musician Kealii Reichel of Maui will be the featured entertainer in the Maui Arts & Cultural Center’s new Solo sessions.  Now is your chance to be invited into the “family living room” for a night of music, storytelling, hula, chant and more.

Kealii Reichel, an award-winning kumu hula of Halau Ke‘alaokamaile and musician, will perform on Thursday and Friday, September 9 and 10 at 7:30 pm in the intimate, 300-seat McCoy Studio Theater.  Tickets are on sale for $35 and $65 VIP (includes post-show meet and greet).  For more information phone the Box Office at (808) 242-SHOW or visit MauiArts.org. 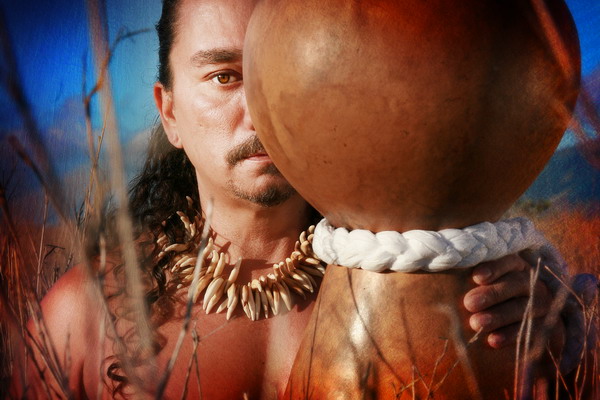 Kealii Reichel is recognized internationally as an accomplished chanter, musician, vocalist, composer and storyteller.  In 1994 he independently produced and released a collection of Hawaiian traditional and contemporary songs and chants entitled “Kawaipunahele.”  His subsequent music releases earned him an esteemed place in the Hawaiian music industry.  He is the recipient of 19 Na Hoku Hanohano Awards, and his consistent placement in Billboard’s World Music and Heatseeker Charts has garnered him worldwide attention.  Reichel has opened for Bonnie Raitt, LeAnn Rimes, Celine Dion and Sting, and has played such diverse venues as Carnegie Hall and the Hollywood Bowl, consistently selling out concerts.

Born and raised on Maui, Reichel grew up in Lahaina and spent weekends and summers at his grandmother’s house in Pa‘ia.  His passion for the language and culture of Hawaii led him to become the founding director for the Hawaiian language immersion school, Punana Leo O Maui. In 1980, he also founded his own hula school, Halau Ke‘alaokamaile. His halau has won numerous awards over the years, including first in women’s group competition for hula kahiko (traditional) and hula ‘auana (modern) and top wahine overall honors at this year’s Merrie Monarch Hula Festival

The MACC’s new series, Solo Sessions, offers up-close and personal encounters with premier artists.  It has been compared with the MTV’s “Unplugged” and VH1’s “Storytellers” concerts.  These intimate encounters allow for musical performances interspersed with personal stories, humor, insights and occasional impromptu conversations.  The cozy, informal atmosphere of the McCoy Studio encourages more of a shared performance between artist and audience.  A limited number of audience members may also meet the artist before or after the show for the ultimate experience.