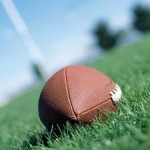 Fans of Hawaii football could be getting an extra televised game that doesn’t require a pay-per-view subscription. Although good news for those of us who don’t have the package, it would be bad news for the university’s cash-strapped athletic department.

ESPN is seriously considering whether to pick Hawaii’s Nov. 6 game at nationally third-ranked Boise State. That decision hinges on UH – which is off to a 5-2 start that includes a 3-0 mark in the WAC – being able to post a road victory over Utah State on Saturday.

If that happens — and a decision is due Monday — UH fans will able to view the game on cable. But it would also deprive Hawaii of a lucrative element of its pay-per-view package. The Star-Advertiser projects a payday of $200,000 or more for that game.

The package has had upward of 12,000 for its most popular games, including more than 5,000 individual purchases, since its inception.

The package cost Oahu subscribers $500 and Neighbor Island fans $250. On a per-game basis, the cost of watching an individual game costs between $25 and $65.

Last year’s package did about $3.4 million in sales. UH’s share was $2.5 million. Whether UH’s payout would be reduced this year in the event ESPN adds the Boise State game could will depend on financial thresholds contained in the PPV contract.