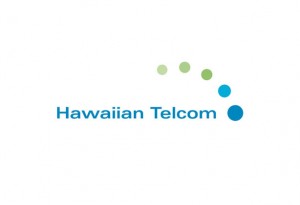 Hawaiian Telcom Communications, Inc. has confirmed its emergence from its Chapter 11 bankruptcy proceedings. Chapter 11 bankruptcy is a process by which a business can reorganize in order to service its debt or pay its creditors. With Chapter 11, the business remains in control of its business operations, systematically working to correct the issues that it was facing.

Although the word bankruptcy has negative connotations, Chapter 11 bankruptcy is not negative; in fact, it is a smart way for a company to regain control of its debt and focus on making the company better and stronger, ensuring a long future of innovations and developments.

By undergoing new ownership and creating new capital structure, Hawaiian Telcom was able to reduce its debt by eight hundred and fifty million dollars; currently, though, it still has three hundred million dollars in debt. That makes the debt reduction approximately 74% which is the goal that the company had for itself throughout the reorganization process.

At this point, the finances are as follows:

Formed in 2005 by the Carlyle Group, Hawaiian Telcom is a young company that provides local phone, Internet, and long distance services to the state of Hawaii. When the Carlyle group purchased Hawaiian Telcom, many people doubted whether the group had sufficient knowledge of the operational needs of a telecommunication business.

After a series of detrimental issues, such as difficulties with transitioning to its own systems, hiring new contractors, and replacing a CEO, Hawaiian Telcom announced in December of 2008 that it was going to file for Chapter 11 bankruptcy to reduce eight hundred million dollars in debt.

It has been a long time coming, but Hawaiian Telcom Communications has finally emerged from the Chapter 11 bankruptcy as a healthier company. Eric Yeaman, the president and CEO of Hawaiian Telcom noted that the company is “much stronger” and “more financially secure,” ready to “address the growth opportunities as the leading communications provider in the Hawaii marketplace.”

As part of the reorganization process, Hawaiian Telcom began new services such as the Business All-in-One package, which services small business customers using voice over Internet Protocol. Additionally, hawaiiantel.net was launched, which is a customer site used for account management, email, voicemail, and other various services.

Because of changes to its fiber optic network, Hawaiian Telcom has also been able to introduce Routed Network Services and Enhanced IP Data Services, increasing its high-speed Internet services and options, further establishing the company for future goals and ideas to expand.

One of the most important steps in the Chapter 11 reorganization process is the election of a new Board of Directors.

Chapter 11 has been a positive step in the right direction, seemingly, for Hawaiian Telcom Communications. With a reorganized company, Hawaiian Telcom can begin restoring faith in its customers, providing a service that will seek to expand in the future and generate more business opportunities.