It was the legal version of a Hail Mary Pass. Unfortunately for fans and players of Kahuku High School, their prayers were not answered.

A state judge denied Tuesday afternoon a request for a court order to allow Kahuku to play in the state championships, which begin Friday.

Circuit Judge Karl Sakamoto told the courtroom overflowing with Kahuku football supporters that there is “terrible irreparable harm” to the team members and that he knows it’s a “hard decision” for the Kahuku players and supporters of the state’s top-ranked team.

The lawsuit was filed Monday alleging that due process rights were violated by the OIA’s decision last week that the school had to forfeit games because of an ineligible player. 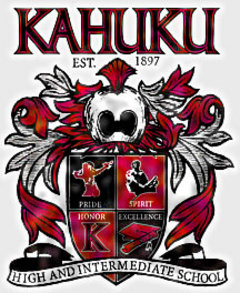 The decision canceled the OIA title game between Kahuku and Mililani Friday night and left Kahuku out of the state playoffs.

Kahuku principal Donna Lindsey testified that a player on the football team had been promoted to ninth grade erroneously, resulting in his ineligible status this year

“I think that because it was an error and it was made by adults, I don’t think the students should suffer and be penalized,” she said.

OIA officials said that other teams that used ineligible players had to forfeit games. Only three schools voted against forfeiture: Kahuku, Castle and Anuenue.