As budget director, Baz will be responsible for the preparation, implementation and administration of the county’s annual operating budget. 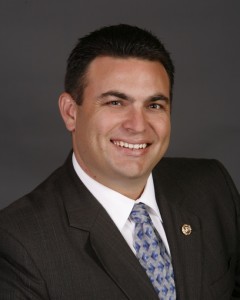 The Budget Director will also interact with the Maui County Council and its Budget & Finance Committee to present and justify budget recommendations of Arakawa and his administration.

“Sandy has distinguished himself by his ability to increase MEO services available for the community, diversify its funding sources, and raise MEO’s level of accountability as required by new regulatory requirements. As program management and fiscal responsibility are trademarks of Sandy’s administration at MEO, I have every trust and confidence that Sandy will do an exemplary job in his position as Maui County’s budget director. I am thrilled that he will play a critical role in getting Maui County back on track,” said Arakawa.

Baz is also credited for cementing the future of MEO’s transportation program by securing a permanent home, completing the planning and design and garnering seed money to build the long needed new facility.

“I am committed to the community. These are difficult times and just as I led MEO through rough waters, I will work with Mayor Arakawa and the County Council to lead the County into a better tomorrow,” Baz said. “Mayor Arakawa put out the call for the best and brightest. I am pleased that he desired my skills and am happy to kokua. It’s a sacrifice but one that I’m willing to make.”

Baz joined MEO in 2000 as its first IT Director. In 2002, he was promoted to Deputy Director where he was mentored by former MEO director and Council Member Gladys C. Baisa. Born and raised on Maui, Baz graduated from St. Anthony High School and has a Bachelor of Science in Business Management from Western Governors University. He is a 2008 Hawaii Community Foundation PONO Fellow, a 2007 Pacific Century Fellow and winner of the Pacific Business News “Forty Under 40” Award. Married with three children, Baz has two decades of extensive community involvement and currently serves on the board of the Maui Native Hawaiian Chamber of Commerce and is secretary of the Chamber’s Foundation. He is the chair of the Hawaii Tug and Barge/Young Brothers Community Advisory Board and is also the Past-President of the Rotary Club of Kahului.