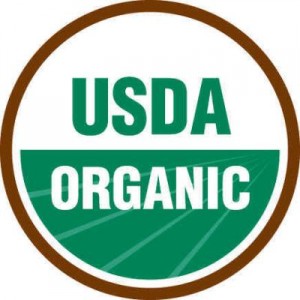 Public demand for organically grown and processed foods has shown double-digit growth for over ten years, proving it pays farmers to be health and environmentally conscious.  Since 1990, the industry has grown from practically zero market share to claiming 3% of the total US food market (according to recent industry statistics).  Today there are approximately 32,200,000 organically farmed hectares (80,000,000 acres) worldwide, representing approximately 0.8 percent of total farmland.  In addition, there is approximately 30 million hectares worldwide from which wild organic products are harvested.  These products are brought to the consumer through three different distribution channels: natural food stores, conventional grocery stores, and direct-to-consumer markets. The farming and distribution of organic products is growing, but what does it mean when a product is certified organic?

Organic farming is a form of agricultural that utilizes natural and non-invasive techniques to facilitate and regulate crop growth, control pests and maintain soil quality.  It also excludes or strictly limits the use of manufactured substances such fertilizers, pesticides, livestock antibiotics and hormones.  It eschews all forms of genetic modification.

Organic methods are internationally regulated and enforced based mostly on the standards set by the International Federation of Organic Agriculture Movements (IFOAM).  This international umbrella organization was founded in 1972 to aid organic farming organizations.  IFOAM defines organic agriculture’s overarching principal as the goal to maintain a production system that sustains the health of soils, ecosystems and people.  It requires that farmers rely on ecological processes, biodiversity and crop rotation adapted to local conditions.

The movement began in the 1930s and 1940s as a reaction to farms’ growing reliance on synthetic fertilizers, but how did it grow to become such an influential player in the world food market?

Growth of a Movement

Although its output, as a percentage of total agricultural production, is still tiny, organic farming has changed the conversation around food.  It can be said that increased environmental awareness in the general world populations sparked the trend in consumer buying, which has allowed organic producers to command premium prices and garner coveted government subsidies.

The strongest markets for organic products are North American and Europe, which are estimated to have $8 billion and $10 billion respectively of the $28 billion global market.  As of 2007, Australia had 39% of the total organic farmland in the world, Europe had 23%, Latin America 19%, Asia 9.5%, North America 7.2%, and Africa had 3%.

Besides Australia, the countries with the most organic farmland are Argentina, China, and the United States.

A Week of Hawaiian pastries

The History of Organic Farming in Hawaii