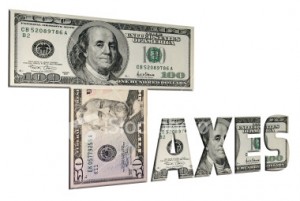 Normally, size matters, but in this case it is really irrelevant. Landowners, despite the purpose of the business on their land, all pay the same taxes and this has some non-profit businesses crying foul and some on the city council, too.

Take for example this situation. The Kamehameha Schools and the Hawaii Aiki Kwai both pay the same tax bill every year, three hundred dollars to be exact. That seems fair, right? Not quite. The Kamehameha Schools is non-profit, multibillion-dollar organization that has property totaling almost one hundred and sixty million dollars. Hawaii Aiki Kwai, on the other hand, is also a non-profit organization that has one parcel of land in Oahu that is valued at less than eight hundred thousand dollars.

City Council members, as well as tax experts and many others, note that this disparity is a clear manipulation of Honolulu’s property tax system. With a budget shortfall of one hundred million dollars, it is clear that the council intends to do something about it.

But, more importantly, why has this disparity even been created? The main issue is that schools, nonprofit organizations, churches, and other land owners who are exempted only pay three hundred dollars annually for their land parcels, regardless of the actual value of the property; this seems fair in most cases, but what the stipulation does not take into account is the finances of the organization, church, school, etc. who are receiving this tax break.

While it is not uncommon for states to create similar types of exemptions, it is a situation that is closely looked at when the city or state is in a financial crunch. Those who note that the city is in a somewhat dire financial situation argue that the exemption program needs an overhaul and a reassessment that better reflects the actual needs and finances of the entity benefiting from this tax break.

Councilwoman Ann Kobayashi noted that a panel should be formed to recommend changes after an evaluation of the exemptions rules and regulations. While their goal is not to hurt those in need, as noted by councilman Romy Cachola, the city needs to greatly assess what “in need” means and decide which nonprofits can stand on their own two feet and can handle a regular tax assessment of their property.

While some nonprofits could seemingly handle the changes, others are already strapped and have had to reduce their workforce, limiting their ability to help those in need. Further costs could wipe out their services entirely. The state of the economy has greatly damaged the ability of these service programs to work in their intended manner.

In fact, if the city decides to change its policy and some nonprofits are forced to pay more, it could find itself picking up the pieces of a terrible mistake. Service programs often help the government by providing services that enhance communities everywhere without the use of direct government assistance. If these nonprofit organizations were to close, the government would have to step in and facilitate those needs.