A man armed with knives was charged with attempted murder after a run-in with police at the Lahaina Recreation Park in West Maui on Monday. 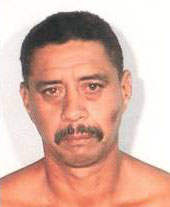 Andrew Patrick Kiaaina, 45, (no local address) was arrested following the incident and was being held in lieu of a half-a-million dollars bail.

Three Maui officers responded to the initial call shortly after 7 a.m., of a report involving a disorderly male.

Upon arrival, officers observed the man standing at the entrance of the park holding two knives.  According to police reports, the suspect was ordered to drop the knives, but he reportedly refused turning away from the officers, and placing the knives in his waistband behind him.

When the suspect turned around, officers observed the man holding a bottle with what appeared to be a wick sticking out of it, according to police reports.  Maui police say the suspect then lit the wick and threw the bottle at responding Officer Jun Hattori. The officer reportedly dodged the device, which police say landed where he was standing.

According to police reports, the suspect then took the knives from his waistband and started waiving them around.  When the man refused orders again to drop the knives, Maui police say another responding officer, Officer Robert Corpuz deployed his Taser.

Only one probe connected with the suspect on the first use, and the Taser was reloaded and deployed again, according to police reports.  The second time, two probes connected, and the suspect dropped the knives, said police.

A third officer, Officer Travis Arase also responded to the call.  Kiaaina was placed under arrest and charged with Attempted Murder I. 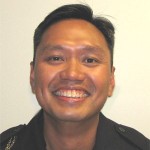 Maui Police Promotes Juan to Lieutenant and 5 others to Sergeant 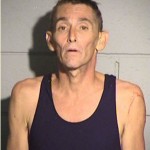