The County of Maui is in discussions with one of the leading forces in Hollywood, as sights are set on a more profitable and sustainable film industry. 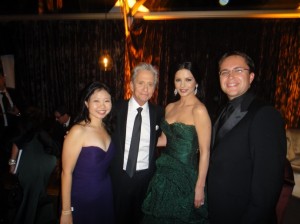 From right to left: Keith Regan (Managing Director, County of Maui), Catherine Zeta Jones, Michael Douglas, Lynn Araki-Regan, at the Weinstein Company Golden Globes event and after party. Regan and his wife paid for their own travel expenses to attend the exclusive L.A. event.

Teams have been working together in preparing an overall strategy and plan to make Maui County “a major production hub.”

“As one of the most beautiful places in the world, our goal is to help make Maui competitive with many of the other states and cities where our industry shoots hundreds of films,” said Kavanaugh.  “We want to help build an actual studio infrastructure, like we have built in many cities, along with developing proper tax incentives, and a training/deeming program for residents so that they can work in the industry,” said Kavanaugh.

Mayor Arakawa expressed similar sentiment saying, “My goal is to diversify our economy and this is a proven and very real way to do it.”

The mayor’s office says the plan of the initiative is to create a new local industry that will promote job growth, company growth, and be a major stimulus to Maui’s local economy.

“We have Maui County’s natural beauty, great weather and areas where production stages can easily be built. I envision this will create new jobs for our residents, stimulate our economy, and most importantly create long term opportunities for our children,” said Arakawa.

“We are extremely grateful that Relativity Media was as interested in working with us as we were to work with them. This is a sign of many good things to come for our county,” said Arakawa.

Relativity Media LLC is a media and entertainment company that has generated more than $15 billion worldwide in box office revenue for films released to date.  The company has also committed to, produced and/or financed more than 200 studio-quality motion pictures through 2014. Films include Salt, Despicable Me, Grown Ups, Charlie St. Cloud and Get Him to the Greek.

Maui Managing Director Keith Regan was able to speak with producers and company officials during a recent Weinstein Company Golden Globes event and after party.  “It was an incredible experience,” Regan said. “But more importantly it marks the beginning of a very exciting time for our county. We can benefit so much more from the film industry. Really, we haven’t even scratched the surface yet,” said Regan.

The Arakawa Administration must still work with the Council and State Legislature to move the project forward. 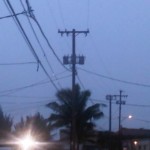 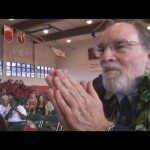