Reporting a 10.17 percent increase over last year, First Hawaiian Bank’s strength is signaling a recovery in the making.

“Each month during the quarter showed an increase over the previous year,” Nagata said. “This underscores the strength of Hawaii’s economic recovery. In fact, 14 out of the 16 sectors showed an increase over 2010. The early signs of the economic impact of the events in Japan do not appear to be as severe as first anticipated,” continued Nagata, in a written statement.

Reportedly, First Hawaiian has over 7,500 merchant locations thought-out Hawaii, Guam, and Commonwealth of Northern Marianas Islands and can be used to provide a broad measure of economic activity. This report in particular tracks retail sales activity in 16 different economic sectors including automobile, retail, hotels, home improvement, restaurants, shipping and travel, among others.

As the largest local processor of merchant services, in 2010, the bank processed over $3.8 billion worth of credit and debit card sales transactions, boasting more than any other local financial institution. 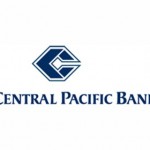