In wake of the release recently of President Obama birth certificate by the White House, Aqua Hotels & Resorts announced yesterday a unique 15% discount to guests who can produce their birth certificate upon arrival.

In Maui County, the Hotel Wailea Maui and Aqua Hotel Molokai are both participating in the promotion, which runs through August 4, 2011, which is also President Obama’s birthday.

“Several inquiries have been made today, emails have been received, and even some “ha ha that’s funny” comments, too,” said Kristine Kozuki, a guest services agent, at the Hotel Wailea Maui. “There’s been at least one booking so far today that I know of.”

Carli Puaa, a front desk agent at the Aqua Hotel Molokai, confirmed the promotion is happening on Molokai, too, saying that “if you add the 15% discount to the standard rack rate, that a pretty good deal.”

“Your birth certificate is your instant discount card,” says Elizabeth Churchill, Aqua’s VP of Sales and Marketing. “Whether American, Honduran, Icelandic… we celebrate and invite people of all nationalities to visit Hawaii and stay in one of our hotels. As an added bonus, if you can find your birth certificate (long form or otherwise), you’ll get an even better rate.”

The promotion is good for all Aqua hotels except Hotel Lanai, according to a company statement released earlier today. 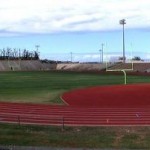