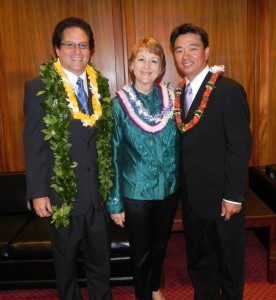 The Hawaii State Senate officially adjourned the 2011 legislative session yesterday with the passage of a final four bills.

More than 3,000 bills were introduced this legislative session, which began on January 19, 2011. About 250 of them gained final passage, the majority of which still await final approval by the Governor.

“It was a very challenging session,” said Senate President Shan Tsutsui, “because our state is facing very difficult economic times which limit how much we are able to do. But it was also a rewarding session because in the end we were able to balance our budget while protecting the most vulnerable in our society and we passed some of the most historic legislation in the history of Hawaii,” said Sen. Pres. Tsutsui.

Key measures passed this session include the re-structuring of the Department of Education, the approval of Civil Unions and the passage of a bill that recognizes Native Hawaiians as the only original indigenous people of the islands. In addition, the Senate approved legislation that protects home owners by reforming the foreclosure process; legislation that makes Quest and Medicaid benefits more accessible to people in rural areas; and new rules to help the State better administer and manage public lands.

“While we did not please everyone with our budget,” said Sen. Pres. Tsustui, “we were able to avoid raising the State General Excise Tax (GET) and taxing the pensions of our elder citizens. Those were big concerns at the start of the Session,” he said.

Through their deliberations with the State House, the Senate was able to balance the budget primarily through a temporary suspension of some business income tax exemptions, an adjustment in rental car surcharges and the transfer of some hotel room tax income to the State, as well as several other smaller income generating actions.

Governor Neil Abercrombie issued a statement following the conclusion of the session saying, “While we did not get all we wanted in this legislative session, we have made meaningful strides forward.”

The Governor pointed towards the passage of the Civil Unions bill and the transition from an elected to an appointed Board of Education, in highlighting the state’s movement in a new direction.

“In the coming weeks and months, you will hear of more partnerships and initiatives to move toward the New Day plan—educational excellence, energy independence and a sustainable economy,” said Gov. Abercrombie.

The Hawaii Legislature is scheduled to convene again next January for their regular 2012 Session. 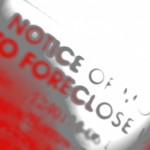 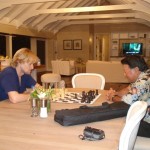 Arakawa Raises over $50,000 in Charity Chess Match for Japan