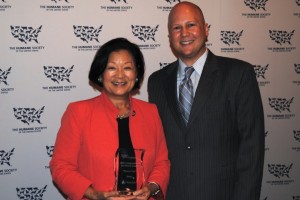 The Congresswoman and Michael Markarian, Humane Society of the United States Executive Vice President of External Affairs, who presented Congresswoman Hirono with the award at a reception last night in Washington DC.

Members of the 112th United States Congress and congressional staff submitted more than 200 photos of their favorite furry friends for this year’s contest.

Hemic is 17-years-old, and has been a beloved member of the Hirono family since the Congresswoman brought him home from the Hawaiian Humane Society on O’ahu more than 16 years ago.

The Congresswoman accepted the award on Hemic’s behalf at a reception held last night in Washington D.C. 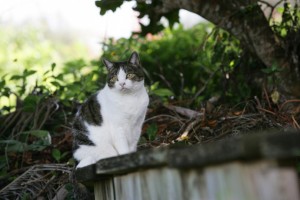 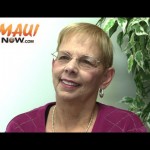 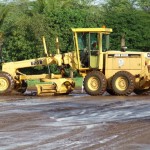