In a move toward a lighter carbon footprint, the County of Maui wants to turn the methane gas it generates at the Central Maui Landfill into electricity. County Communications Assistant Director, Ryan Piros said the project could produce as much as one megawatt of electricity, enough to power approximately 500 homes.  Less conservative estimates are double the amount of homes that could potentially benefit.

“One of my initial goals after taking office in January of this year was to utilize this methane resource that we are currently wasting,” said Mayor Alan Arakawa.

Since 2008, the County of Maui has been burning the methane gas it collects at the Pu’unene site to avoid its exposure to the environment, and its contribution to global warming.  Now, County officials want to convert the gas into electrical power by developing a landfill gas utilization project.

The County will issue a Request for Proposals on Sunday, August 21, to identify a qualified developer to carry out the project.   “Instead of burning the methane gas, the county will reap the benefits of free power at the Central Maui Landfill in addition to royalties off of the excess power generated,” said Mayor Arakawa.

The current landfill gas collection and control system burns the methane gas produced during the anaerobic decomposition of municipal solid waste.  Under the current flare system, vertical extraction wells and transmission lines burn off the methane gas.  County officials say it was constructed to meet requirements of the New Source Performance Standards  set by the federal government.

“We are committed to fully utilizing our existing resources to reduce our dependency on fossil fuels and reduce our operating costs,” said Mayor Arakawa. 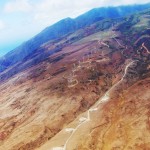 Auwahi Wind Farm Goals to be Presented at Ulupalakua Cares 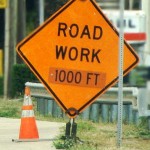