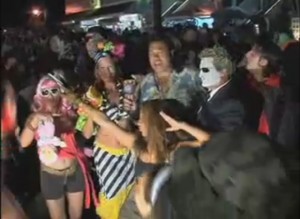 As Halloween festivities return to Lahaina this year, so too does a list of activities associated with the October 31st event.

To ensure pedestrian safety, the county has obtained permits necessary to close down Front Street from Baker Street to Prison Street, between 3:30 p.m. and midnight on Monday, October 31st.

To help ease parking and transportation concerns the county will be running additional bus routes to and from Lahaina on Halloween.

The last time event organizers obtained permits to close Front Street into the evening hours was in 2007.   Now four years later, the evening festivities continue under the theme, “Halloween is Back on Front.” 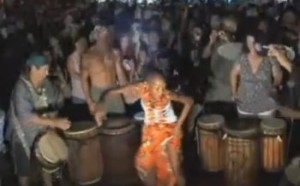 Since the return of the event was announced last month, opinions have surfaced from both opponents who have criticized past problems with racy costumes and cultural sensitivity; and supporters who say the event will help to stimulate business and provide a fun activity for families.

At the other end of Front Street, the Lahaina Cannery Mall also hosts a keiki costume contest, along with trick-or-treating, face painting, and crafts.

The Lahaina Cannery Mall will be giving away more than a dozen prizes for four different age groups (0-2, 3 & 4, 5-8, and 9-12) plus scariest costume, cutest costume and most-creative costume.

Trick-or-treating at the mall kicks off at 5 p.m. on Monday, October 31, followed by family magic from the Kupanaha performers and a keiki costume contest at 6 p.m.

For families that want to celebrate early, the Queen Ka’ahumanu Shopping Center in Kahului offers a Halloween Family Fun day on Sunday, October 30 from 3 to 5 p.m.

The event features a magic show at 3 p.m., a costume parade at 4 p.m., as well as face painting, balloon artistry, giveaways, and more.

Also, taking place in advance is a Halloween Fun Night at the Maui Mall in Kahului.  The event runs from 3 to 7 p.m. on Friday, October 28, and features a magic show at 3 p.m., a costume parade at 4 p.m., and an annual Keiki Costume Contest at 7 p.m. 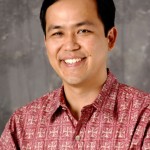 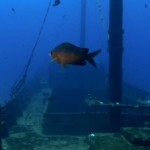