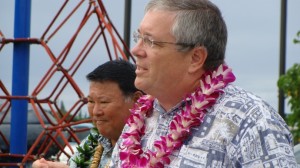 Council Member Don Couch (foreground) and Mayor Alan Arakawa (background) were among the dignitaries on hand at the opening earlier this year of the South Maui Park. File Photo by Wendy Osher.

In an effort to focus more on a more family friendly atmosphere, Councilmember Don Couch introduced measures on Friday to prohibit the consumption of alcohol at several parks in his district.

The measures include proposed restrictions at Kalama Park, Cove Park, and the new South Maui Community Park in Kihei.

Couch said both instructors at Kalama Park facilities, and neighborhood residents approached him about the possible alcohol ban, “because of concerns over the safety of youth who frequent the park.”

“These county parks and playgrounds should be family-friendly places where children can play without fear of being bothered by people who have had too much to drink,” he said. 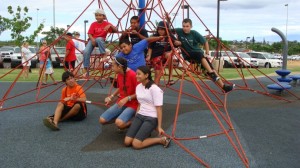 Couch emphasized that the measures would still provide a process for obtaining a permit that would allow alcohol at functions like softball games.

“The police received numerous calls for service this past year for Cove Park,” said Couch in a press statement.

“Reportedly, a number of these calls were for disorderly conduct associated with drinking in the park,” he said.

Couch said the measures would give Maui police an extra tool to help protect youth at community parks facilities. 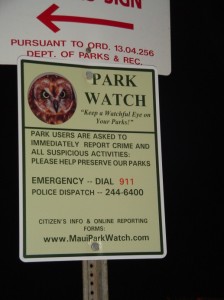 A Special Management Area permit for the South Maui Community Park already prohibits the consumption of alcohol in that park, according to Couch.

“This measure,” he said, “would increase public awareness of that prohibition.”

The items have since been referred to the Council’s Economic Development, Agriculture, and Recreation Committee for further review. 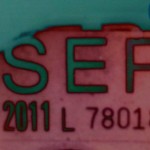 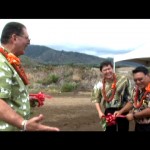