Hawaiian Airlines is expanding its nonstop service between Seoul and Honolulu to daily flights starting in July 16, 2012.

Hawaiian has been serving the route with four flights weekly to Seoul’s Incheon International Airport since its launch January 12, 2011.

The airline reports that boosting its service to offer daily flights will add more than 40,000 new air seats annually, increasing the total over a full year to more than 96,000 air seats that Hawaiian will be providing between Seoul and Honolulu.

“Offering daily flights between Seoul and Honolulu has always been part of our growth plan. Demand among Korean travelers to vacation in Hawaii and for Hawaiian Airlines as a preferred carrier has been steadily building this past year and we are delighted to be expanding our service next July,” said Mark Dunkerley, president and chief executive officer of Hawaiian Airlines, in a written statement.

The Korean visitor market for travel to Hawaii has grown significantly in 2011. According to the most recent visitor statistics issued by the Hawaii Tourism Authority, Honolulu has received more than 221,000 air seats from Seoul year-to-date through October 2011, a 90.5% increase year-over-year compared to the 116,000-plus air seats through October 2010. Approximately half of that increase is due to Hawaiian’s Seoul-Honolulu service.

Hawaiian will continue to operate its Seoul-Honolulu service using its wide-body, twin-aisle Boeing 767-300ER aircraft that seats 264 passengers, with 18 in Business Class and 246 in Economy Class.

The airline plans to introduce its newest and largest aircraft, the 294-seat, wide-body Airbus A330-200, on the route at a later date.

The return Flight #459 will depart Honolulu daily at 11:45 a.m. and arrive at Incheon at 4:30 p.m. the following day. (Seoul is 19 hours ahead of Honolulu and the flight crosses the International Dateline.) 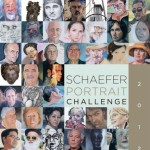