BREAKING/VIDEO: Fireworks Ruled Out as Cause of Kahului Home Fire

Maui fire officials have ruled out fireworks as a possible cause of a Kahului home fire that was reported shortly before 10:30 a.m. on New Year’s Eve.

The fire at 547 Kunu Place, was called in by neighbors who reported seeing smoke in the area. 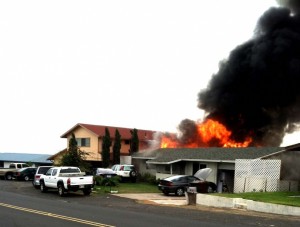 According to Mainaga, the fire began in the rear of the single-story home and cauaed $400,000 in damage to the structure and $75,000 to the contents.

Among the units responding to the scene were:  Engine 1 from Wailuku, Rescue 10 and Engine 10 from Kahului, Engine 6, and Battalion Chiefs 3 and 6.

“Responding companies were able to perform a quick hit from exterior windows then moved inside the structure to complete extinguishment,” said FSC Mainaga. “Fire crews worked hard to keep the fire from spreading to adjacent homes,” he said.

The cause of the fire remains under investigation, and dollar loss figures are still pending.

Family members, including a father, mother and two children were home at the time of the fire but were able to get out safely. 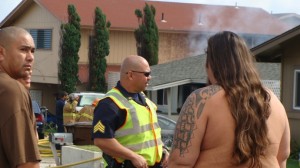 Fire officials say heat exposure to a nearby home at 541 Kunu Place resulted in $10,000 in damage.

A New Years Eve home fire was reported shortly before 10:30 a.m. at 547 Kunu Place in Kahului on Maui.

At least one neighbor reported hearing what they said sounded like fireworks, just before being alerted of flames coming from next door by responding officers, but authorities have since ruled out fireworks as a cause.

“I heard a thump and boom, like an aerial” firework kind of a sound, said Jordan Madamba, a neighbor from a two-story structure located to the left of the burning house. 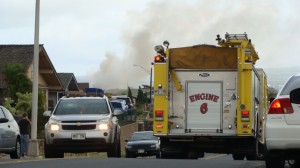 “I was just watching TV, heard fireworks, and thought it was kids playing or testing out their fireworks,” said Madamba.

A short time later, Madamba looked out the window when he heard police sirens and officers yelling for residents to evacuate.

“I was shocked and couldn’t believe what I was seeing,” said Madamba who awoke his two brothers before exiting their home.

Jordan’s brother Josh said he saw his neighbor working on a car in the front of the home.  A boy an girl who live at the home, along with their mother and father were unharmed.

The one-story structure was 50% engulfed in flames when first responders arrived on the scene.  The heavy black smoke could be seen as far away as Wailuku.

The official cause of the blaze was being investigated at last report. 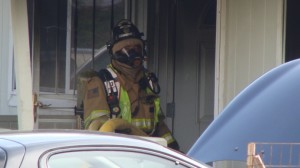 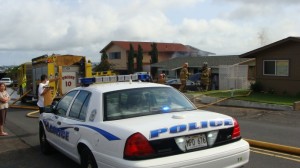 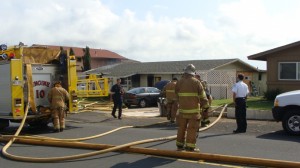 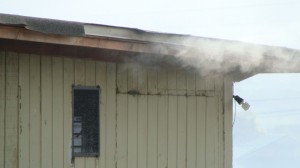 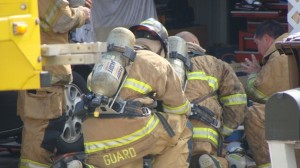 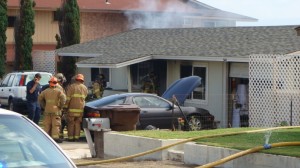 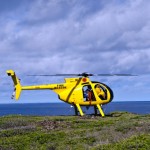 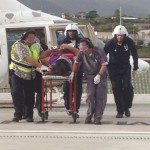