Separate answers have been filed in response to a lawsuit that challenges Hawaii’s ban on same-sex marriage.

The governor’s response acknowledges many of the complaint’s allegations, including the denial of constitutional rights; while the health director’s response upholds the role of the department in enforcing and defending the law.

Attorney General David M. Louie, who is tasked with representing both parties, has assigned separate teams of attorneys to ensure that both clients are “vigorously, and separately, represented.”

The complaint alleges that plaintiffs Natasha Jackson and Janin Kleid were denied a marriage license on November 18, 2011, by the Department of Health because they are both women.

The plaintiffs allege that the denial of a marriage license, violates their rights to due process and equal protection under state law, and the 14th Amendment of the US Constitution.

Governor Neil Abercrombie has acknowledged many of the complaint’s allegations, including the denial of federal constitutional rights caused by the state’s existing marriage law.  He has chosen not to defend those portions of the complaint.

In a statement issued today, the governor said, “Under current law, a heterosexual couple can choose to enter into a marriage or a civil union. A same-sex couple, however, may only elect a civil union. My obligation as governor is to support equality under law. This is inequality, and I will not defend it.”

In his answer to the complaint, Gov. Abercrombie admitted several of the plaintiffs’ allegations including the following:

As the director of the department charged with administering the law, State Health Director Director Loretta Fuddy, has denied many of the complaint’s allegations and has chosen to defend against the complaint.

In a statement issued today, Fuddy said, “The Department of Health is charged with implementing the law as passed by the Legislature. Absent any ruling to the contrary by competent judicial authority regarding constitutionality, the law will be enforced.  Because I am being sued for administering the law, I will also defend it.”

In her answer to the complaint, Director Fuddy denies that plaintiffs may have their relationship recognized as a marriage by the state. 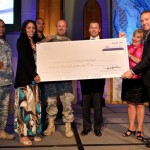 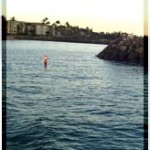 New Boat on Maui to Support Whale Response and Research