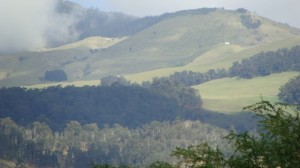 A world leader in the geothermal power industry is exploring the feasibility of harnessing geothermal energy from lands adjacent to Ulupalakua Ranch on Maui.

Ormat Technologies Inc. has submitted an application to the Hawai‘i State Board of Land and Natural Resources  for a geothermal exploration permit, mining leases for state and reserved lands, and a request for subzone expansion in the area.

If the requests are granted, the company may seek additional permits and approvals to conduct exploratory drilling to determine if a commercially viable geothermal resource exists.

After determining the project feasibility, the company envisions the potential construction of a plant to sell the electricity generated to an offtaker such as Maui Electric Company.  The steps would require additional regulatory approvals. 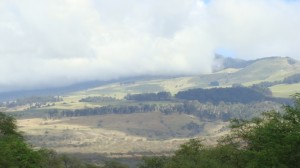 The project area is on lands occupied by Ulupalakua Ranch and is used for grazing and related ranch activities, including an 800-acre state parcel.

An Environmental Impact Statement, under preparation, would help to determine benefits and adverse impacts of geothermal activities in the area and surrounding community.

Under state legislation, Hawaiian Electric Company (and its affiliates, including MECO), must generate renewable energy equivalent to 15% of net energy electric sales by 2015, increasing to 40% by 2030.  Under Hawaii’s Clean Energy Initiative, the state in coordination with the federal Department of Energy, aims to achieve 70% clean energy by 2030.  Efficiency measures would account for 30%; while 40% would come from locally generated renewable energy sources.

According to processes outlined in the application, electrical energy can be derived from internal heat of the Earth by extracting hot water or steam from underground reservoirs, and using it to power generators.

Ormat currently owns and operates the only existing commercially demonstrated resource in the state  in Puna.  The 30-MW Puna Geothermal Venture currently supplies about 20% of Hawai’i Island’s electrical needs, according to the project application.

Worldwide, the company has developed and supplied more than 1,200-MW of geothermal power plants in 19 countries.  It employs more than 1,000 people across the world, 30 of them at the Puna facility.

The Hawaii BLNR has determined that an EIS is required.  A 30-day public comment period runs through March 23, 2012, with comments to be addressed to both the applicant and consultant to: 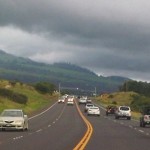 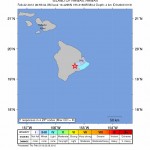