A coalition of community groups are joining together this weekend to rally against the planned removal of four monkey pod trees along South Kihei Road.

The group is made up of members of the Maui Outdoor Circle, Maui County Arborist Committee, and the Kihei Community Association’s Street Tree Committee, who want to bring attention to the ongoing issues surrounding the trees.

County officials first announced plans to remove the trees in March of last year.  At the time, they cited concerns about rising roots that had uplifted the sidewalk fronting the Maui Schooner Resort, and had damaged a nearby parking lot.

The idea was quickly met with opposition from groups who wanted to save the trees and seek a more amicable solution.

Three months later, the issue of tree removal surfaced again with additional concerns raised over the tree’s impacts on flood mitigation efforts.  A variety of options were discussed including uprooting the trees for replanting elsewhere.

The subject surfaced yet again at a KCA meeting this month in which South Maui Council Member, Don Couch said an offer had been made to remove the trees for a reasonable price, a receiver had been found to accept the trees, and the arrangement had been presented to the Arakawa Administration.

Couch said the four trees located at 980 South Kihei Road could be removed at a cost of $10,000.  He said its better to do the removal now when there is an offer, rather than waiting and replacing the sidewalks, only to have to tear it back up again for flood mitigation.

County Communications Director Rod Antone agreed that it would be “prudent to take advantage of the lower price,” and avoid repeat work to the sidewalk.

Couch said the tree removal plan would allow for the monkey pods to be kept in the Kihei/Makena Community Plan Area.  He said Mike Atherton has agreed to be a receiver, and replant the trees at the corner of Kuihelani and Honoapiilani Highways on the mauka side of the roads.

Couch said there’s also a contingency plan to put the trees at the South Maui Community Park, if there’s a way to work them into the landscaping plan.

Mike Moran, the Vice President of the board for the Kihei Community Association said the weekend rally will be held regardless of what position the administration decides upon.

He said, “There’s lots of emotion involved, but also lots of logical solutions being offered.”

Moran said one of those suggestions involved keeping the trees in place, and using a rubberized sidewalk that would prevent disruption to the tree roots.  Another idea called for moving the sidewalk to accommodate the trees.

A street tree plan has also been developed to save the trees from removal.  “These are viable solutions by credible people,” said Moran.

The group planning the rally said, “The latest announcement has roused the same ire once again in a sizable segment of the Maui Community.”

The group is encouraging participation in the rally and sign waving, designed to bring attention to the latest proposed action. 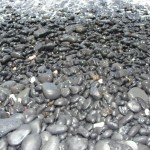