There are several events planned this weekend for St. Patrick’s day on Saturday, March 16. See our St. Patrick’s Day Round-Up  for details on events like Mulligan’s On the Blue‘s all-day Irish music party.

Jimmy Buffett and The Coral Reefer band will return to Maui for one night in concert on his “WELCOME TO FIN LAND” Tour 2012.

The concert will mark the 30th anniversary of Buffett’s debut appearance in Hawaii.

Sure to be a special performance, the show will include Buffet and The Coral Reefer band playing old- school island favorites like “Margaritaville.”

Buffet will also be celebrating his most recent album release, Encores, which features 22 of his intimate, solo-acoustic songs with some special guests musicians.

Tickets for the event can be purchased  the MACC Box Office at 242-SHOW (7469) or order online at MauiArts.org 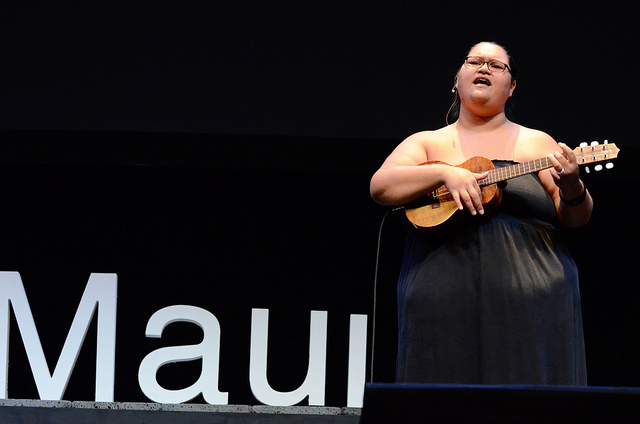 Fuga’s lyrics and unique style have captured fan bases in Hawaii and beyond. Though she’s quickly gaining fame, she still makes sure to cater to her local fans in Maui and other smaller Hawaiian islands.

Her success has led her to record and perform with Jack Johnson and Ziggy Marley, all the while continuing to produce her own captivating, home-grown sound.

March’s Makawao Town Party will be themed “Carnival,” and will include a variety of ethnic foods, colorful costumes, masks, and special performances.

Pony rides and a Petting Zoo will be set up for keiki starting at 5 p.m. in the Pi’iholo Ranch Parking Lot. 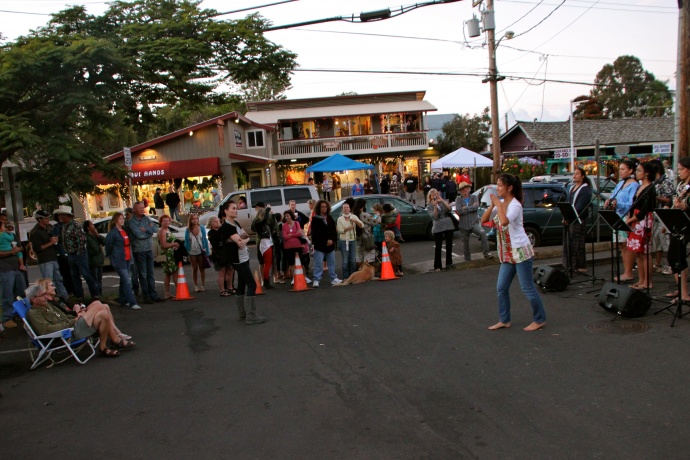 On the Farmer’s Market Center Stage there will be samba and salsa music from Dr. Nat and Rio Ritmo along with samba dancing and “capoeira” demonstrations.

In addition to free entertainment, some restaurants will stay open late to celebrate the town party with meal deals.

Crafters and local vendors will line Baldwin Avenue will special exotic items for sale, themed with the event.

Maui Aids Foundation will host a fundraiser featuring cocktails, food, and dancing throughout the night.

Prizes will be awarded to those who come dressed in their best Mardi Gras costumes.

DJ’s for the night include AstroRaph and CIA. Live performers Girly Show and Maui Roller Girls will also take the stage.

This is a 21 and over event. Tickets will be available at the door on the night of the event for $35 general admission and $100 VIP admission.

The Neverminds Live Show Friday, March 16 at 10 p.m. at Charley’s Restaurant in Paia. Tickets are $10.

Maui-based alternative music cover band The Neverminds are a Paia favorite for those who like to rock out at Charley’s on a Friday night.

The band will play live covers from favorite bands like MGMT, U2, The White Stripes, Modest Mouse, Smashing Pumpkins, The Pixies, The Sex Pistols, and many more.

Find a seat by the aisle and wear your dancing shoes because the thrill of exciting, dizzying swing will likely keep you off of your feet.

Tickets for the event can be purchased  the MACC Box Office at 242-SHOW (7469) or order online at MauiArts.org

An opening ceremony will begin at 6 p.m. on Friday with ‘Ahahui Ka’ahumanu Society presenting hula, song, history of the Queen, and a lei draping on Queen Ka’ahumanu’s statue.