BRIEF: Your County with Mayor Arakawa

Maui Mayor Alan Arakawa delivering his version of the 2013 Budget to the Maui County Council. File photo by Wendy Osher.

Because Mayor Arakawa will be on Oahu that day, the show instead will feature Managing Director Keith Regan, Budget Director Sandy Baz and Parks and Recreation Deputy Director Patrick Matsui.

The program will be moderated by County Communication Director Rod Antone, and will focus on discussion of the proposed Fiscal Year 2013 budget, the budget process, and key parks projects included in the administration’s proposed budget. 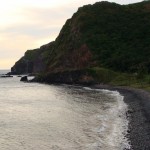