Roselle Keli'ihonipua Bailey holding a rehearsal with some of her "Recalling Hawaii" performers. Photo by Madeline Ziecker.

What is hula? Most people are aware  that it’s a form of dance. It involves grass skirts, graceful movements, and smiling women, but there’s also deep cultural value in every flick of a wahine’s wrist. Each dance is a story with a spectrum of emotions and rich Hawaiian history.

On Saturday, June 2 at 6:30 at the MACC, Maui gets the chance to experience real hula at its best in “Recalling Hawaii,” an international multi-media chronicle of Hawaiian history through hula, mele, and oli.

The show is directed by acclaimed kumu and visionary Roselle Keli’ihonipua Bailey, who has traveled to Europe and beyond sharing the captivating art of hula. The production features an international cast of nearly 80 dancers, chanters, musicians and actors who are ages 3 to 70.

Performers hail from 10 different halau in Maui, Oahu, Kauai, California, Samoa, Germany, Switzerland, and Austria. For a lot of them, this will be the biggest cast they have ever performed with.

This is not the first time that the world has seen “Recalling Hawaii.” Bailey premiered the show in 2010 at Heidelberg Castle in Germany, and it has since sold out shows in Basel, Switzerland and in Kauai.

“It’s not your normal hula show,” Bailey told Maui Now with a wink. She’s right – if you don’t understand hula, this show will make you.

It also strays slightly from traditional hula shows with the addition of stunning background image projections and contemporary Hawaiian music.

“The world needs to know the story of Hawaii today – its history, its plight, and its people,” said Bailey.

Tickets for “Recalling Hawaii” are still available, but running out. Tickets bought in advance are $15 for keiki (under 12) and $25 for adults. If there are any left on the day of the show, they are $20 for keiki and $30 for adults. They can be purchased by calling the MACC Box Office at 242-SHOW or online at MauiArts.org. 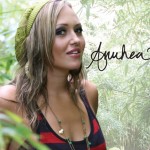