The debt financing is part of the previously announced plan to separate the A&B transportation and land businesses into two publicly traded companies.

“Establishment of these financing arrangements marks another critical milestone as we move toward the separation of our transportation and land businesses into two stand-alone, publicly traded companies,” said Stanley M. Kuriyama, president and chief executive officer of Alexander & Baldwin Holdings, Inc., in a written statement.

“Along with the receipt of a favorable IRS ruling on the separation, we have successfully satisfied key prerequisites to the planned separation.” Kuriyama went on to add that the company remains on track for completion of the separation early in the third quarter of this year or as early as the end of the second quarter.

“As a stand-alone company, New A&B will have a strong, well-capitalized balance sheet and the new financing arrangements will further enhance New A&B’s liquidity and financial flexibility,” said Kuriyama.

Alexander & Baldwin Holdings, Inc. has received a favorable private letter ruling from the US Internal Revenue Service (IRS) confirming the tax-free nature of the planned separation. 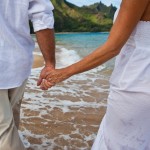