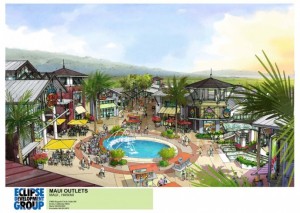 The proposed Pi’ilani Promenade/Outlet Mall will be the focus of an upcoming public meeting hosted by the Kihei Community Association.

According to the KCA website, the group had invited representatives of the developer, Eclipse Development Group, as well as a spokesperson from prior land owner, Kaonoulu Ranch, but had no confirmation from either at last report.

The KCA encourages those planning to attend the meeting to bring non perishable food donations for the association’s ongoing Maui Food Bank drive.

No Tsunami After 3.7 Hualalai, Hawai'i Earthquake