The University of Hawai’i announced Tuesday it has canceled its planned Aug. 18 Stevie Wonder benefit concert at the Stan Sheriff Center because it was not authorized by the star to hold the event.

UH athletic director Jim Donovan said the approximately 6,000 tickets that had been sold will be refunded.

Prices ranged from $70 to $250 with the sales supposed to benefit UH athletics.

UH had a $200,000 stake in the project that came out of its athletic department revolving funds, Donovan said. He said UH was “working” on having its money returned.

Tickets went on sale to UH season ticket holders, donors and corporate sponsors last month and to the general public on Friday.

But UH administrators were alerted Monday that Wonder said he had not authorized the event. Administrators were summoned to a meeting this afternoon with UH President M.R.C. Greenwood about the concert and ads for the event were later removed from the athletic department website. 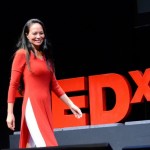 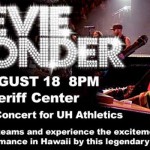