A 16-year-old Maui boy was transported to the hospital in serious condition on Sunday morning after he fell out of the bed of a pickup truck.

The incident was reported at 11:05 a.m. at the intersection of Pulehu and Hansen Roads in Kahului.

Upon arrival, crews from Medic 1 in Wailuku found the patient lying on the side of the road, and under the care of bystanders, officials said.

According to Maui County Paramedics Association spokesperson, Ryan Joslin, witnesses told response crews that the individual was sitting on a mattress that was in the back of the pickup when a gust of wind caught the mattress and blew both it and the patient out of the rear of the truck.

The pickup was reportedly traveling on Hansen Road at the time of the accident. 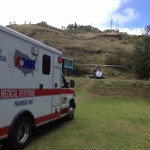 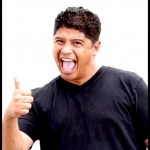