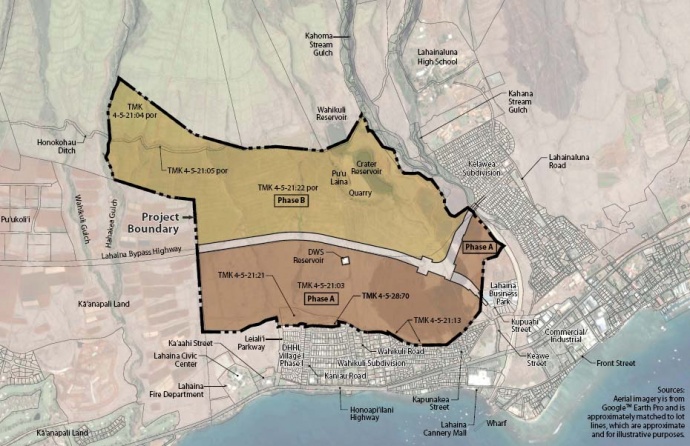 A Final Environmental Impact Statement has been filed for the Villages of Leiali’i Affordable Housing development in West Maui.

The state’s Hawai’i Housing Finance & Development Corporation intends to issue a Request for Proposals to prospective development companies for the proposed project, located on 1,033 acres in West Maui.

The project site is bordered by the Wahikuli subdivision and the DHHL Leiali‘i subdivision (the completed phase 1A and the planned phase 1B of the earlier master-planned community) to the west.

The FEIS states that the project site consists of ceded lands, the sale of which became the center of legal disputes, and stalled the project after it was first initiated in 1988.

The central lawsuit, filed by OHA aimed to stop the conveyance of such lands in fee simple to private parties while the claims of native Hawaiians were unresolved. One outcome of the litigation was the sale of 21.54 acres of improved land with 104 improved house lots at Village 1A and 50.8 acres of unimproved land at Village 1B at Leiali‘i to the state Department of Hawaiian Home Lands, since the litigation did not prevent DHHL from proceeding with development at Leiali‘i.

According to the Final Environmental Impact Statement, the state intends to lease the properties or otherwise handle them in conformity with laws governing ceded lands as outlined in Act 176 (which was signed into law in July 2009, and requires a community meeting, appraisal, and two-thirds vote approval of each house of the Legislature to convey state land in fee simple to third parties).

The HHFDC’s objective at the Villages of Leiali‘i is to maximize affordable housing opportunities for workforce and lower- and moderate-income households. Under alternative concept plans, the total number of residential dwelling units could range from 2,923 to 4,105.

According to the project summary, the project responds to the limited supply of housing for workforce and lower- and moderate-income residents in West Maui. The document suggests that the provision of new housing near jobs in Lahaina and the Ka‘anapali resort will tend to reduce commuting traffic, and hence congestion, in Lahaina and on the route to Central Maui.

The master planned development is divided into two phases, makai and mauka, with the makai proposed for development first. The boundary between the two phases is the Lahaina Bypass Highway, currently under design and construction by the state Department of Transportation.

The Villages of Leiali‘i project includes designs for a community based on sustainable building and design principles.

The Final EIS includes two new appendices: a survey for Blackburn’s sphinx moth (of which no evidence was found) and a supplemental cultural impact assessment. The latter discusses consultations with local native Hawaiian families. Continuing consultation will be required of the eventual developer. 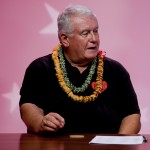 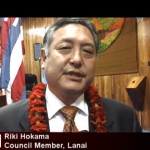