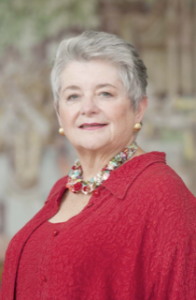 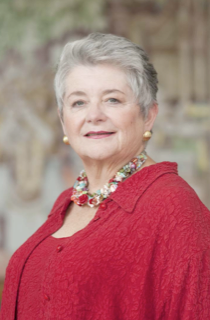 University of Hawai‘i President M.R.C. Greenwood will be the featured speaker at an ongoing innovation series sponsored by Maui Economic Development Board on Tuesday, Nov. 20, 2012.

The event is part of MEDB’s 30th anniversary celebration and an effort by the nonprofit to encourage, empower and engage the island community with building technology and developing a sustainable diversified economy for Maui County.

The presentation runs from 5:30 to 7 p.m. at the Baldwin High School multi-purpose room. The event is free and open to the public. To reserve a seat, call Cari Taylor, 875-2336, or email [email protected]

MEDB launched its innovation series at a well attended event in September that featured former NASA Astronaut Leroy Chiao. The event, held at the Cameron Center in Wailuku attracted an estimated 120 attendees.

Chiao, who is a special advisor to the Space Foundation, spoke about his historic space flight while inspiring attendees to explore the field of science and math and chase after their dreams.

Greenwood, who became the 14th president of the University of Hawai’i in August of 2009, is the first woman to serve as a chief executive officer at UH.

She will speak about the university’s strategy to build a $1 billion research enterprise in partnership with business and community groups.

This initiative, known as the University of Hawai‘i Innovation Initiative or HI2, is intended to act as an economic fuel cell, generating new discoveries, and designed to create thousands of jobs and put more money into Hawaii’s economy. According to information released by MEDB, officials say UH plans to drive the growth of Hawaii’s research industry by hiring 50 top scientists during the next four to eight years.

“HI2 is going to create jobs, it’s going to create a future for our children and it will place us as leaders in areas where we need research for the future, like energy, sustainability, and certain health areas,” said Greenwood in a media release.

Greenwood previously served as associate director and consultant to the White house Office of Science and Technology Policy and chaired the National Academies Policy and Global Affairs Division. As a member of the state and national committees and councils, she tackled issues from writing in America’s schools and biomedical careers for women to national security and ethics of the information society.

MEDB’s innovation series is expected to host additional sessions early next year that will include: Dr. Hank Wuh, surgeon, inventor and Hawaii entrepreneur; Karin Frost, a Maui resident, multi-millionaire and inventor of the Ergo Baby Carrier, which produces a line of baby products; and video game designer, entrepreneur and environmental philanthropist Henk Rogers.