News that the Department of Defense plans to lift the ban on women serving in ground combat roles was met with praise from the female members of Hawaii’s congressional delegation.

Congresswoman Tulsi Gabbard, who is a twice-deployed combat veteran said, “I have a firsthand appreciation and understanding of the contributions women in uniform make every single day, all around the world.”

Rep. Gabbard said it’s crucial to shed light on the value and opportunities that women bring saying, “I have had the honor of serving with incredibly talented female soldiers who, if given the opportunity, would serve as great assets in our ground combat units.”

Meantime, US Senator Mazie K. Hirono, who is a member of the Senate Committee on Armed Services, said the news is “a great step toward equality.”

“These restrictions that block women from serving in active combat roles make no sense in today’s modern military,” said Sen. Hirono in a statement.

“All Americans deserve the opportunity to defend our nation regardless of gender, and I know that the women who currently serve in the military think they should be treated the same as any other service-member,” said Sen. Hirono.

Rep. Gabbard called it a “historic day” not only for women currently serving in the armed forces, but for all women who have put their lives on the line in war throughout the nation’s history.

“Female service members have contributed on the battlefield as far back as the Civil War, when some disguised themselves as men just to have the opportunity to serve their nation,” said Rep. Gabbard.

She said the decision was overdue, yet one which she welcomes and strongly supports. “I look forward to hearing the details of how this will be executed, and will support full and equal access for our highly capable female service members to serve our country in all roles, which will only stand to strengthen our armed forces, and our national defense,” said Gabbard.

She was awarded the Meritorious Service Medal during Operation Iraqi Freedom, was the first female Distinguished Honor Graduate at Fort McClellan’s Officer Candidate School, and was the first woman to ever receive an award of appreciation from the Kuwaiti military on her second overseas tour.

Congresswoman Gabbard continues to serve as a Military Police Captain in the Hawai‘i National Guard.

“This change is a huge step toward maximizing their potential, and honoring the tremendous sacrifices that our military women have made throughout history,” said Rep. Gabbard.

In vowing to support the change, Sen. Hirono said, “Women serving in combat roles will strengthen our national security, and as a member of the Armed Services Committee, I will work closely with military and administration officials to see this change through.” 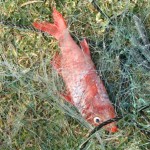 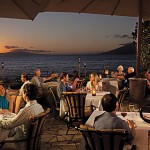 3 Maui Restaurants Rate as Most Romantic