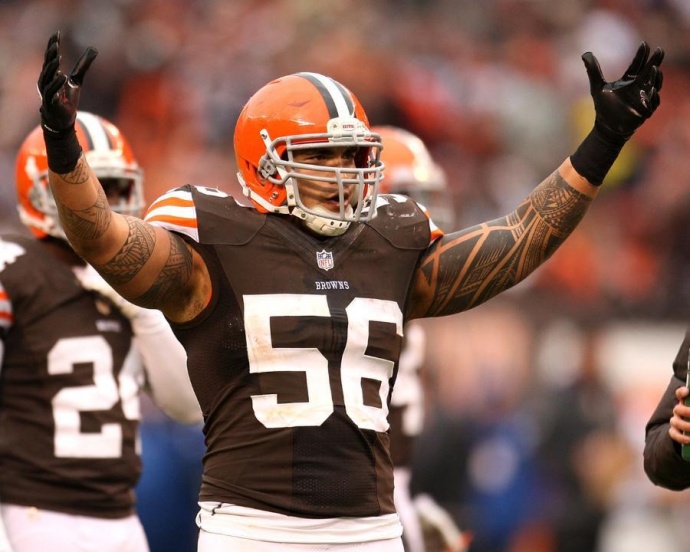 Cleveland Browns linebacker Kaluka Maiava will be at the HardNaks High-Performance Speed Camp Saturday at the Maui Tropical Plantation. Maiava plans to participate from 9 to 10:30 a.m. File photo by Getty Images.

The former Baldwin High School and University of Southern California standout plans to participate from 9 to 10:30 a.m. at Maui Tropical Plantation field.

“I’m very excited that Kaluka has decided to participate,” said HardNaks Coach Cody Nakamura. “It’s not his first time. Whenever he’s home, he tries to come out. He participated several times last year when we got it started. Plus, I get to train him and put him through some drills, and that’s always fun.”

Nakamura and Maiava are Baldwin classmates (2005). In 2004, the pair played their senior season under head coach Chad Kauhaahaa, who recently left Utah to coach defensive linemen at Wisconsin. Nakamura, a former all-state wide receiver who played tight end in college and graduated from Weber State in 2010, returned to coach at Baldwin two years ago.

As part of Nakamura’s commitment to Maui’s youth athletes — not just football players — he developed HardNaks, an inexpensive weekly speed camp that runs from January to November. 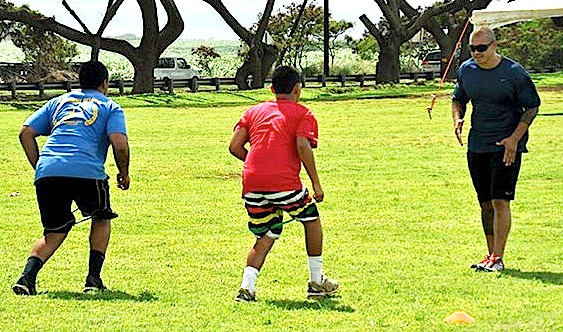 Maiava often trains with the athletes at Baldwin’s weight room when he’s home. He attended the inaugural Maui Football Combine three years ago and put on a bench-press exhibition. He helped coach linebackers two years ago at the “Drills for Skills” summer football camp, and last year he helped Nakamura kickoff HardNaks.

“He just finished his fourth season in the NFL,” Nakamura said. “He’s now an NFL veteran and it’s great for our kids to get a chance to see him train, and get a better idea of what it takes to get to the level he’s at.”

Nakamura said  Maiava will speak to the kids and answer questions after his training session at about 10:40 a.m.

In addition, Yogurtland at the Queen Kaahumanu Center will be sponsoring the first 100 participants with free yogurt. All registered campers will also receive a free HardNaks T-shirt signed by Maiava.

The cost is $10 per person and cash or credit card only.

Interested athletes are asked to come 15 minutes before their scheduled camp to register.

Boys and girls of all ages are invited to train in speed, agility, balance and core. The workouts are specifically designed around different age groups. Elementary student camps are one hour, from 8 to 9 a.m. Intermediate

All ages, schools and athletes are invited to attend.

HardNaks will operate speed camps every Saturday until Nov. 16. 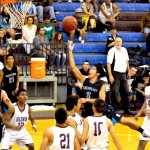 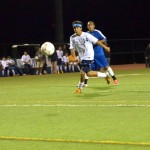