A new 150-room, four-story, “select-services” hotel is part of a planned development proposed for construction along Piʻikea Avenue in South Maui.

Land-use entitlement approvals are now being sought for the project including a Kihei-Makena Community Plan amendment, a planning standards amendment to allow for a 60-foot high movie theater building and a Special Management Area Permit.

In addition to the hotel and movie theater, the project also features space for businesses, medical offices, and shops.

The Downtown Kihei Project, proposed by Krausz Companies, Inc., encompasses approximately 27 acres, and does not include development of an enhanced wetland site in the area.

According to the FEA, the project site is currently vacant and undeveloped.  Its parameters reportedly include a location bordered to the west by Longs Drugs Kihei Center and the Azeka Shopping Center Mauka, to the north by Yee’s mango orchard, to the east by the Piʻilani Village Shopping Center and to the south by the Haggai Institute Maui.

A final environmental assessment was filed by the Maui Planning Commission with a Finding of No Significant Impact determination.  The commission voted to approve the final EA and FONSI determination at its March 12 meeting. 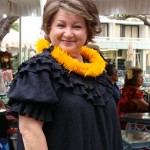 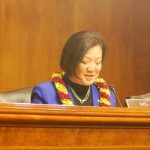