UPDATE: Motorcyclist Succumbs to Injuries from April Crash in Pāʻia

A Maui man died today after being hospitalized for more than three weeks with critical injuries sustained in a motorcycle crash last month in Pāʻia, police said.

Police have since identified the man as Allen L. Vierra Sr., 70, of Pukalani.

According to police reports, Vierra was traveling north on Baldwin Avenue, when he lost control of the black 2001 Harley Davidson Road King motorcycle he was operating, and went down onto his left side.

The incident was reported at 10:42 a.m. on Saturday, April 27, just south of the Puakou Place intersection, in an area with a posted speed limit of 20 miles per hour, police said.

According to information released by the Maui Police Department, authorities say Vierra was not wearing a helmet at the time of the crash.

The crash was the 8th fatality on Maui County roads this year, compared to 13 at the same time last year, police said. 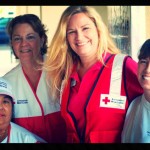 Hawaiʻi Volunteers Ready if Needed in Aftermath of Oklahoma Tornado 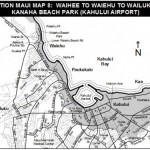