The US Department of Agriculture unveiled its first major federal initiative to fight the coffee berry borer that has been ravaging coffee farms on Hawaiʻi Island for nearly three years, officials announced.

The USDA will reportedly spend an initial $1 million to set up the operation that includes the distribution of repellents to farmers, researching new types of pest control, and implementing plant sanitation.

Agricultural officials say the borer is an insect native to Central Africa that feeds and reproduces in coffee berries.  Damage, authorities say, can impact both the quality and quantity of coffee crop yields.

US Senator Mazie Hirono joined the USDA in announcing the funding initiative.  In a press release statement, she said, “Our state produces some of the world’s best coffee, and coffee is an important export from our state. But the livelihood of Hawaii Island coffee growers is increasingly being threatened by the coffee berry borer, as many farmers are forced to abandon large portions of their yields due to infestation each year.”

Hawaiʻi is home to more than 700 small coffee farms that produce more than 8 million pounds of coffee, valued at more than $30 million, according to information released by US Sen. Hirono. 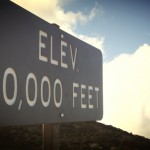 BRIEF: Puʻuʻulaʻula Lot at Summit to Close for One Week 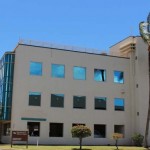