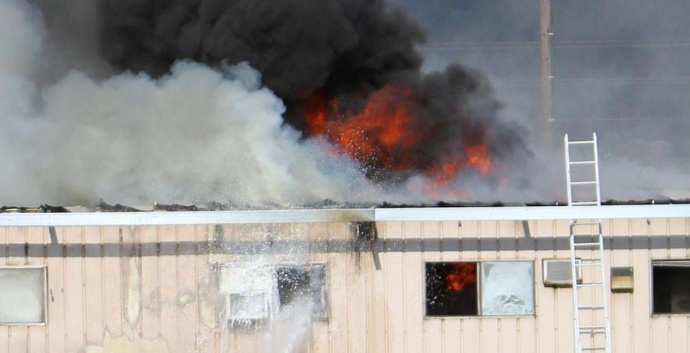 Fire officials said that when crews arrived on scene, they found fire showing on the south end of the metal building.

According to FS Chief Mainaga, half of the structure sustained fire damage, while the other half sustained heavy smoke damage.

The fire was called under control at 9:37 a.m., and extinguished at 11:52 a.m., according to incident reports.

Crews responding to the scene included engine companies from Wailuku, Kahului, and Pāʻia.

Fire officials note that the building was undergoing renovations, but did not yet identify the cause of the fire.

Firefighters on Maui are on the scene of a structure fire in Kahului near the Queen Kaʻahumanu Center that was reported before 6:30 a.m. on Monday, July 22, 2013.

The fire initially resulted in a road closure on South Wākea between Ano and Māʻalo Streets.

That road has since been reopened, however firefighting efforts continue.

The fire is located in a two story structure behind the A&E Laundry and the Kaman Industrial Technologies building, and next to the K&R Auto Body and Painting business.

Property tax records indicate that the building is within the boundaries of the Easter Seals Hawaiʻi campus, however the main Easter Seals building located at the corner of Wākea and Oneheʻe Streets did not appear to be impacted.

A tree chipping machine was burned in a separate fire near the location on February 18, 2013.

The latest fire remains under investigation. 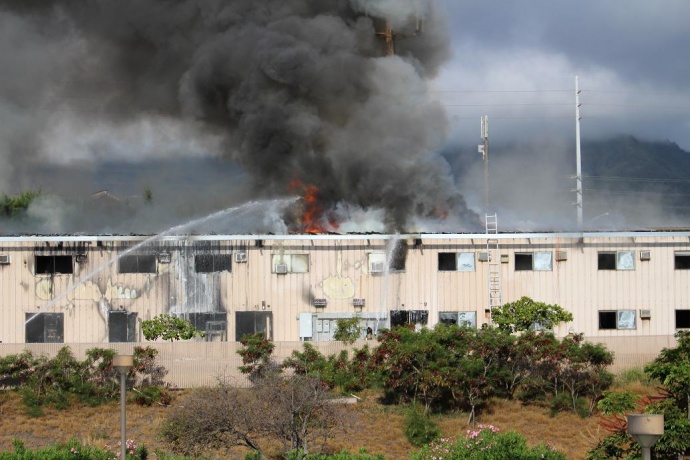 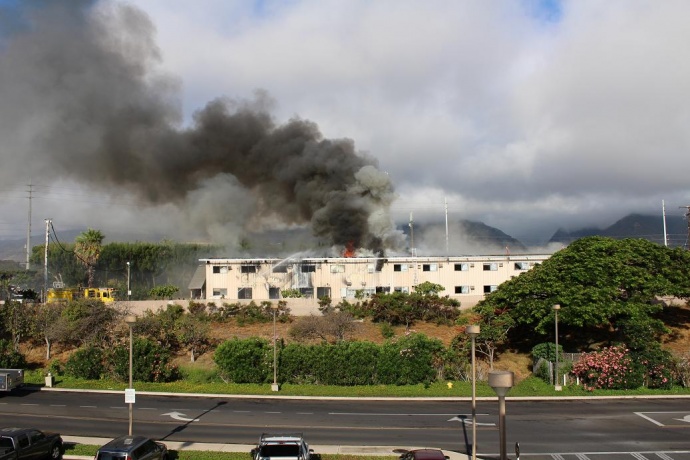 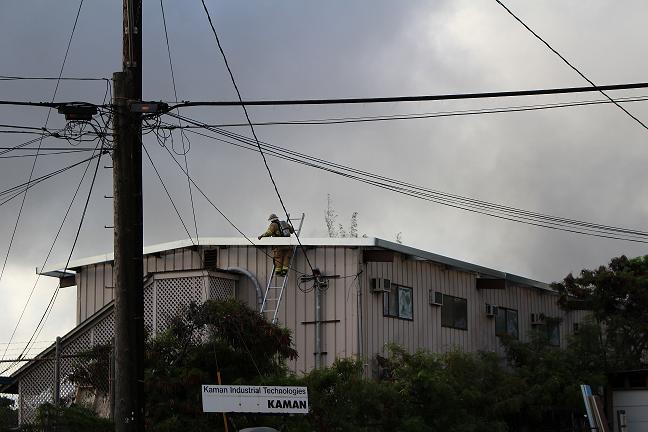 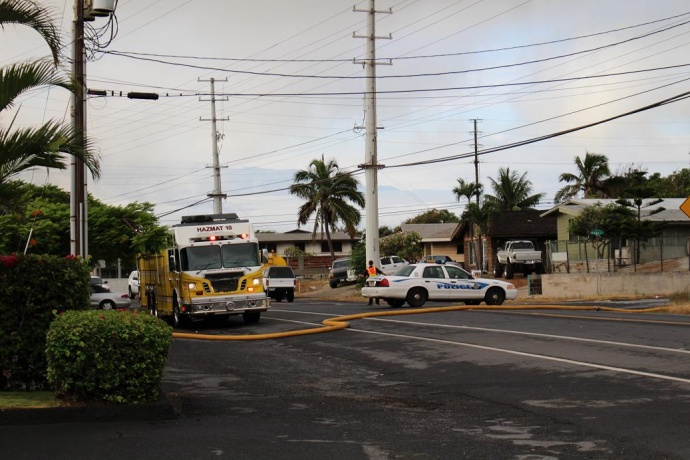 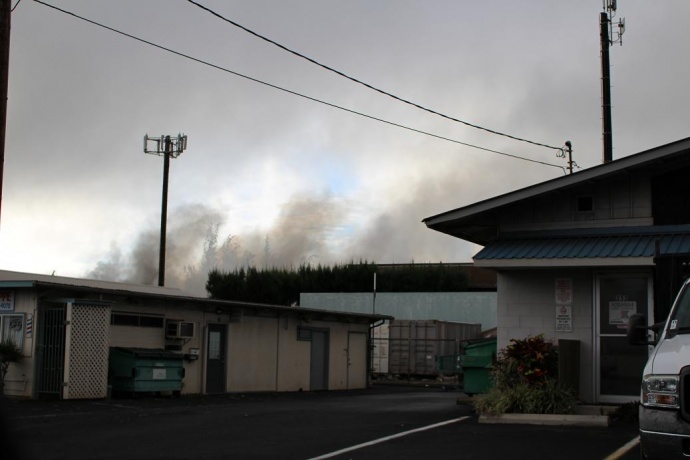 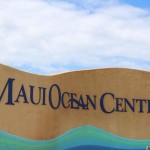