A 50-year-old visitor died after being pulled from the water at Puʻu Kekaʻa or Black Rock in Kāʻanapali on Saturday morning, July 27, 2013, official said.

The man was reportedly snorkeling with family members when the incident occurred at around 9:55 a.m.

Officials say the man was found floating in the water and unresponsive.  Attempts to revive him were unsuccessful, according to incident reports.

There were no signs of criminal activity surrounding his death, according to Maui Police Lieutenant William Juan.

The incident has been classified as a fatal miscellaneous accident. 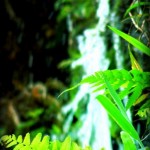 Visitor Rescued After 30' Jump into Water Near Twin Falls 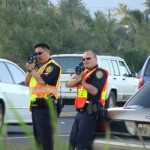