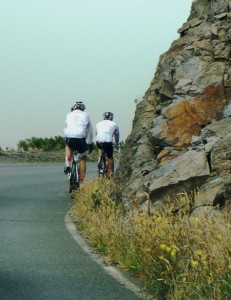 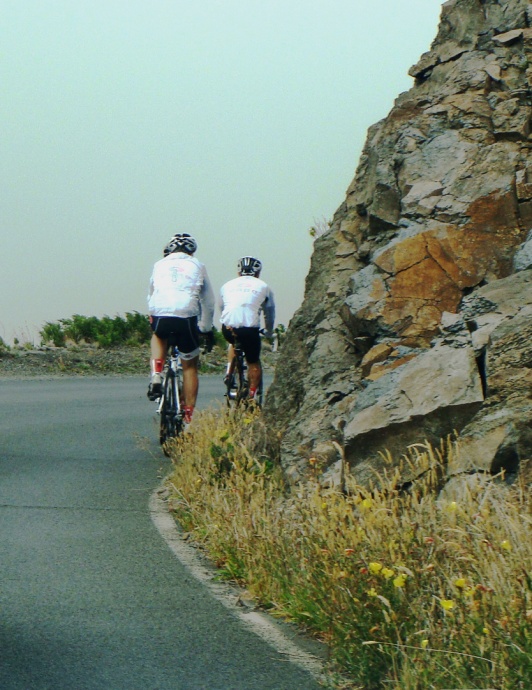 A bicyclist was rescued from Haleakalā Crater Road this morning after going off the road and down an embankment, landing about 30 feet below, officials said.

Authorities say the bicyclist, a 25-year-old male visitor from Korea, sustained a compound fracture to his right ankle during the incident.

Firefighters from the Kula Fire Station hiked down to the victim, and provided first aid treatment until medics arrived on scene, said Maui Fire Services  Chief Lee Mainaga.
The man was then carried up the embankment, placed in an ambulance, and transported by American Medical Response to Maui Memorial Medical Center, said FS Chief Mainaga.
The bicyclist was transported to the hospital in stable condition, with non life threatening injuries, officials said.

The mishap comes just three days after another report of a bicyclist going off the road.

The earlier incident was reported on Monday morning, Aug. 19, 2013, near the Leleiwi Overlook area of Haleakalā National Park, and did not result in any injuries.

Fire officials say park rangers cancelled assistance from responding fire and rescue crews, saying the bike rider in Monday’s incident was uninjured and back on road.