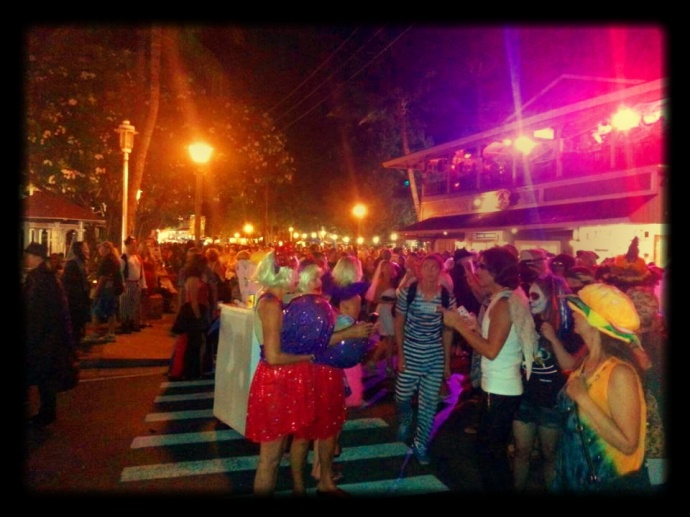 Last night’s Halloween festivities in Lahaina attracted approximately the same attendance this year as last year’s event of around 28,000, according to early police estimates of the crowd size.

“We speculated that because there were no other venues holding major events open to the public as in year’s past,” said Maui Police Lt. Derrick Lopez, “we knew that there was a strong possibility for an increase in attendance at this year’s Halloween event on Front Street in Lahaina.”

Police called the event a success, saying the majority of revelers stayed within guidelines, while a small percentage displayed behavior that resulted in police action.

A total of 11 people were arrested during last night’s Halloween in Lahaina event, including two juveniles and nine adults.

“Aside from these individuals the majority of the public that attended the festivities abided by the laws and ultimately making it a successful event,” said Lt. Juan.

Crews began clearing Front Street at around 10:30 p.m., and had the road completely open before midnight.

According to Lt. Lopez, police stepped up their efforts to deter criminal activities this year, with preparation and planning that commenced two months ago in anticipation of the event.

“We believe that this year’s festivities were a success due to all of the agencies that participated in setting up a safe and organized, family event,” said Lt. Lopez, who acknowledged the help of Maui police, firefighters, personnel from the County Public Works department, and other participating agencies.

He said they were among those who, “helped to ensure that this year’s Halloween, culminated in a smooth and successful event.” 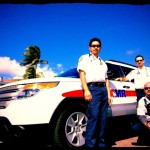