Boat Taking on Water Rescued by Coast Guard in Kahului 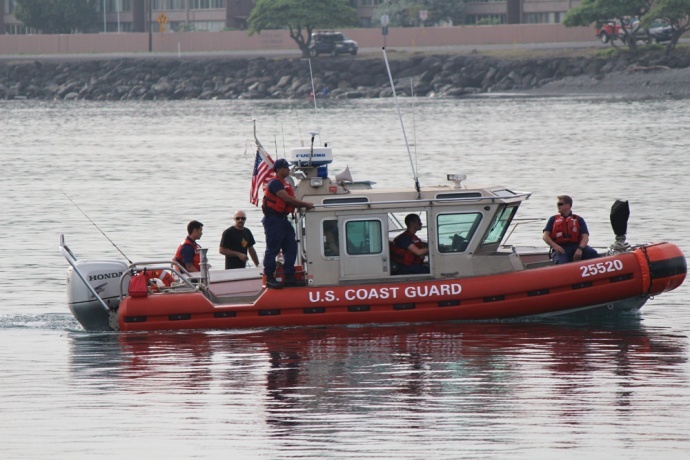 Crews from the US Coast Guard responded to a report of a vessel adrift and taking on water outside of Kahului Harbor on Wednesday morning, Nov. 20, 2013.

The incident was first reported at around 7:15 a.m., with two male individuals aboard the 21-foot Kakaloa recreational boat, about two miles outside of the Harbor.

The captain of the vessel reported his bilge pump was pumping out water but was unable to determine how long the pump would last, Coast Guard officials said. 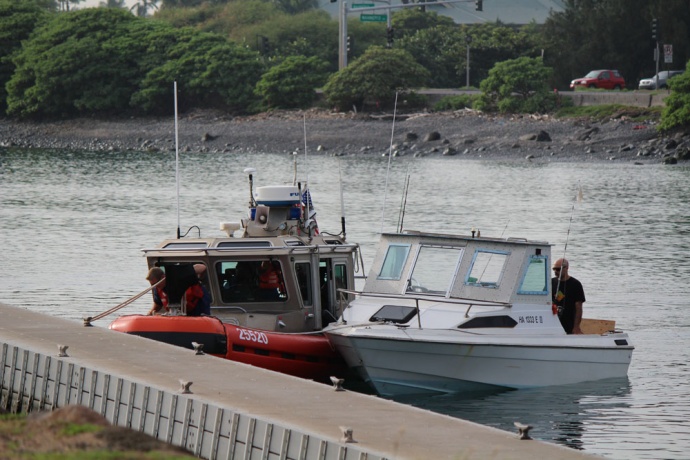 A 25-foot Response Boat crew was launched to the scene from Coast Guard Station Maui along with a helicopter aircrew from the Maui Department of Fire and Public Safety, who was able to pass the exact position of the vessel to the Coast Guard crew.

At around 8:43 a.m. on Wednesday, a US Coast Guard was observed assisting the vessel to shore by tow at the Kahului Boat Ramp.

Station Maui deployed a crewman and a P-6 portable pump to help de-water the vessel as it was towed into Kahului Harbor where it was safely removed from the water.

According to the Coast Guard, all of the boaters were wearing their life jackets and no injuries were reported. 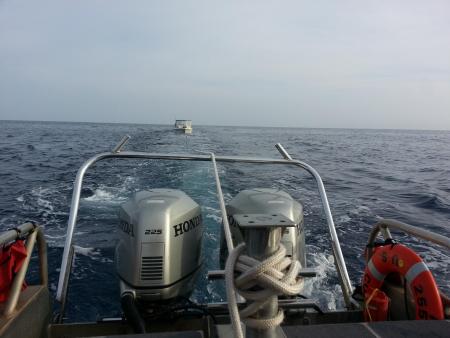 Crew members from Coast Guard Station Maui tow a 21-foot recreational vessel after it began to take on water approximately two miles north of Kahului, Maui, Nov. 20, 2013. Open lines of communication between multiple agencies allowed for assets to respond quickly, locate and save the lives of two fishermen. (US Coast Guard photo) 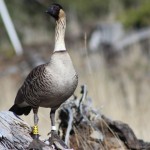 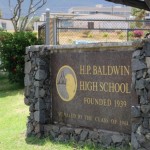