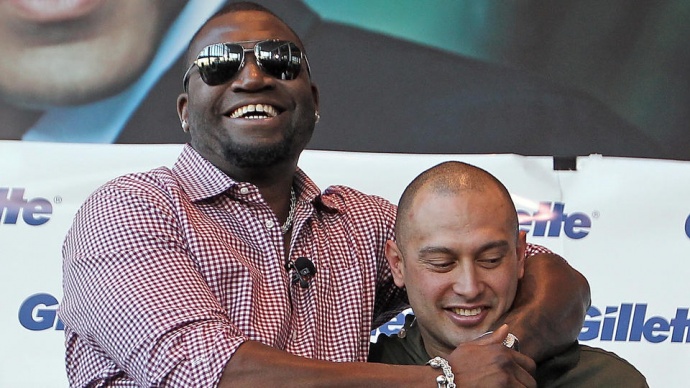 David Ortiz and Shane Victorino mug for the cameras after getting their faces shaved during the Gillette Beard Shave-Off earlier this month. Photo by Matt Stone / Boston Herald.com.

Maui fans of Shane Victorino can own a piece of the Boston Red Sox outfielder’s playoff beard as clippings are currently available on eBay, believe it or not.

Bidding for Victorino’s facial hair started Thursday on the auction site, along with teammate David Ortiz’s beard hair – all in the name of charity.

The World Champion whiskers and the Gillette Fusion ProGlide razors that shaved them off earlier this month have been mounted and encased in plastic and put on eBay by Gillette. Each “beard ball trophy” features a glass case holding a clump of whiskers and the razor used to trim.

There were 99 bids on Victorino’s “beard ball trophy” earlier today with the current bid at $1,650. The bidding ends Nov. 30.

The Beard Balls were collected Nov. 4 — right after the Red Sox World Series victory — at Gillette’s World Shaving Headquarters in Boston as part of a charity shave-off.

Gillette said 100% of proceeds will go directly to Movember, a global men’s health chairty which encourages men to grow mustaches in the month of November in order to raise funds and awareness for prostate and testicular cancer.

The St. Anthony High School standout is currently on Maui for his annual charity golf tournament. 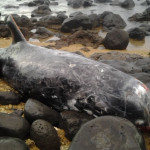 Investigation in Death of Rare Risso's Dolphin off Maui 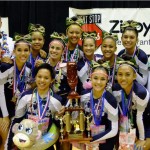