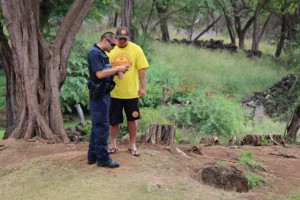 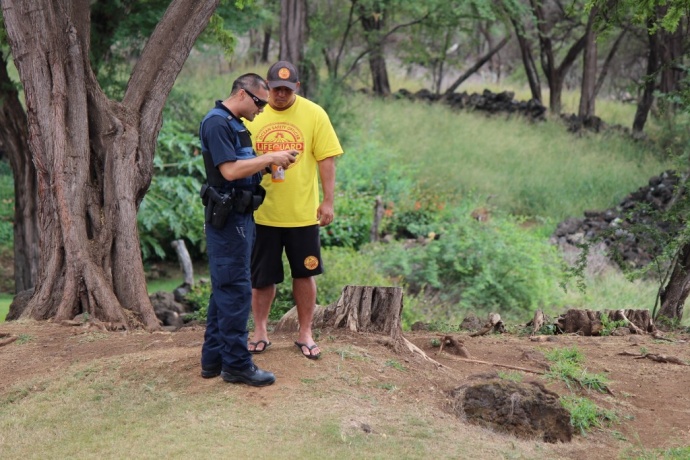 Maui police have since identified the victim who sustained fatal injuries in a shark attack offshore of Mākena [2], Maui on Monday as 57-year-old Patrick A. Briney.

Police say Briney, who is from Stevenson, in Washington State, was kayaking with a friend [3]when the incident occurred.

According to police reports, Briney and his friend departed from Mākena Landing at around 6:45 a.m. on Monday, Dec. 2, headed towards Oneloa or Big Beach in Mākena.

At around 9 a.m., police say Briney began to scream, which caught the attention of his friend.

Police say the friend attempted to help by paddling toward Briney, who was found with severe bleeding coming from his right leg.  The friend said the Briney was fishing with artificial lures to attract baitfish when his dangling foot was bit by a shark, according to officials with the Department of Land and Natural Resources.

“Attempts were made to stop the bleeding before paddling towards a boat that was stopped nearby,” the police report stated.

DLNR officials say the friend was about 500 yards away when the incident occurred. After paddling over, the DLNR report states that the friend tied a tourniquet and asked a nearby charter tour boat for assistance.

The boat, identified in KITV News reports as the Sea Spirit, transported the victim to the Kīhei Boat Ramp for further treatment, however police say Briney succumbed to his injuries upon reaching shore.

“We dropped anchor for a dive, and there was a man in a kayak who was waving to us, and we saw that he was tethered to another kayak, and he paddled over to us.  We saw as he got closer that it was a body in the second kayak,” William Dunaway told KITV News [4].

Dunaway, who was reportedly aboard the Sea Spirit with his wife Viviane Alfandary told the news agency that, “as we got closer, we saw that his foot was missing and his leg was pretty shredded.”

Police have classified the fatality as a miscellaneous accident and say the injuries were consistent with that of a shark bite.

In a press release statement DLNR Chairperson William Aila Jr. said, “We are not sure why these bites are occurring more frequently than normal, especially around Maui. That’s why we are conducting a two-year study of shark behavior around Maui that may give us better insights.  It is our hope and expectation that numbers of incidents will return to a more normal range in the near future.”