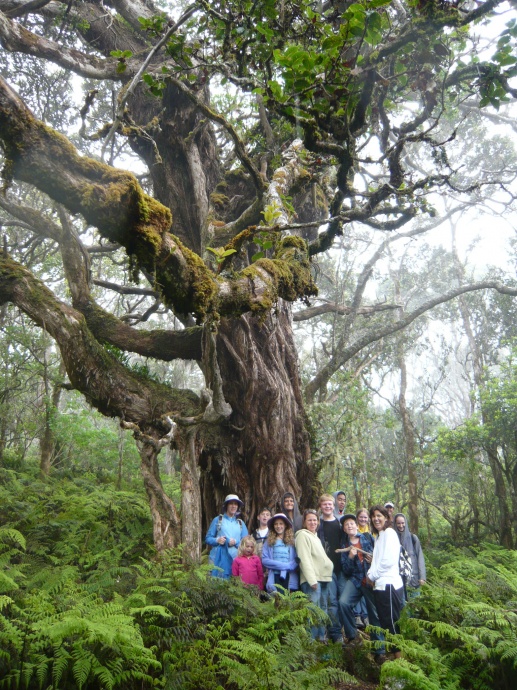 An ōhi‘a lehua tree in the Waikamoi Preserve has been proposed for “exceptional tree” status in Maui County. Photo courtesy The Nature Conservancy.

An ʻōhi‘a lehua tree within the Waikamoi Natural Area Preserve in East Maui is being considered for listing as an “exceptional tree,” according to an announcement by The Nature Conservancy’s Hawai’i office.

Conservancy botanist Pat Bily led a group of middle-school students and parents from Upcountry’s Achievement Academy to the site earlier this month to measure the tree for program consideration.

According to Bily, the particular specimen is the largest he’s ever encountered on Maui, and could be as old as 600 years, according to observations conducted by University of Hawaiʻi professor and biologist Patrick Hart.

According to a county ordinance, an exceptional tree is one with historic or cultural value, or which by reason of age, rarity, location, size, aesthetic quality or endemic status has been designated by ordinance as worthy of preservation.

The ʻōhi‘a, also known by its scientific name, Metrosideros polymorpha, is considered to be “very, very old for a broad-leaf tree,” according to research conducted by Hart.

In an effort to document the tree for nomination, students exercised their mind and bodies by hiking for miles and utilizing their math skills to take measurements of the tree’s girth, height and canopy.

“The nomination of this ōhi‘a should foster an enhanced awareness of the treasures that Waikamoi and our other native forests hold,” Kim Skog, chair of the Maui County Arborist Committee said in a press release.  Skog also works for the West Maui Mountains Watershed Partnership and is a docent hike leader for The Nature Conservancy’s Maui office.

Fellow arborist and UH Maui College teacher William Jacintho said the committee was “amazed at the photos provided, and the exercise taken to evaluate the tree.”

According to The Nature Conservancy announcement, members of the committee “are very confident in the ōhi‘a’s future listing.”

The Waikamoi Preserve is located on land owned by Haleakalā Ranch, and is managed by the Conservancy. 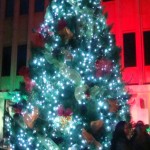 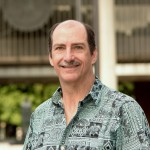