Cambra is a 24 year veteran of the department, serving as a Firefighter I at the Wailuku and Lānaʻi Fire Stations.

In 1999, he was promoted to Firefighter III, Apparatus Operator, spending three years in the Training Bureau, and five years at the Wailuku Fire Station.

Cambra is currently assigned to the Wailuku Fire Station 2nd Battalion, B Watch.

Ayakawa also joined the department in 1990, serving initial assignments at the Lahaina and Kīhei Fire Stations.

Ayakawa also served for the last nine years as a captain, working at both the Nāpili and Lahaina Fire Stations.

In announcing the promotions, Chief Murray said that both men are well deserving and also bring experience, energy, and competence to their new positions.

Cambra and Ayakawa will officially start their new positions on July,1, 2014. 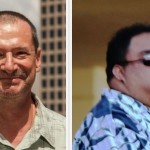 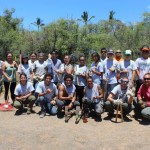